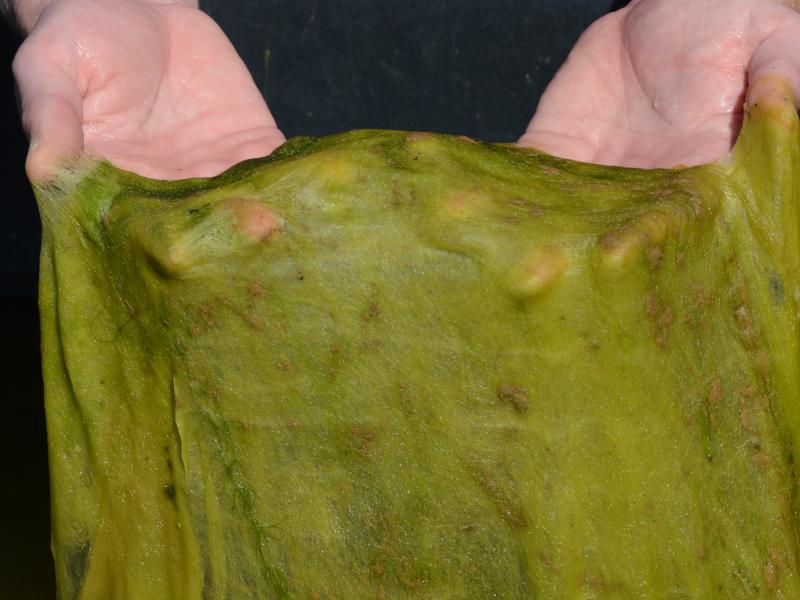 The Jefferson Project at Lake George is looking for shoreline dock owners interested in participating in a new summer assessment of shoreline algae. The Jefferson Project Algal Survey is the first comprehensive survey of shallow-water algae in Lake George, part of a larger effort to understand areas of the lake where excess nutrients pose the largest threat to water quality and recreation.

The Jefferson Project at Lake George is a partnership between IBM Research, Rensselaer Polytechnic Institute, and The FUND for Lake George that combines advanced technology with science and advocacy to understand and mitigate human impacts on Lake George, and global freshwater supplies.

“Many shoreline residents tell us that they’ve seen an increase in algae in the shallow waters over the last two decades. The Jefferson Project wants to bring science to this issue by monitoring shallow-water algae,” said Rick Relyea, director of the Jefferson Project, and a professor at Rensselaer. “Algae is an indicator of nutrients, so areas of increased algae typically signal large influxes of nutrients into the lake, either from natural or human sources. Once these areas are identified, the Lake George community can decide how they wish to respond.”

On Lake George, the Jefferson Project is building on the efforts of biologists at Rensselaer’s Darrin Fresh Water Institute, who have been monitoring the deep waters of Lake George for more than four decades to understand how lake conditions are changing over time. With the creation of the Jefferson Project in 2013, lake monitoring has increased dramatically, including the use of intelligent sensors and surveys of the fish, invertebrates, and algae.

As part of the Algal Survey scientific survey of shallow-water algae, the project is looking for shorefront property owners with docks installed along the shorelines and islands of the lake who are willing to participate. The project requires about 50 sampling stations evenly dispersed along shallow areas of the shoreline. If multiple property owners from a particular section of the lake volunteer, the project may not pursue all offers from that section.

At participating properties, researchers would install single small clay tiles (6” x 6”) to docks under the water’s surface, and leave them undisturbed, so that algae can colonize the tiles. Each month during the summer, researchers will retrieve the tiles, measure the amount of algae growing on them, and replace them with new tiles. Researchers will make every attempt to access the tiles by boat, and in most cases shoreline access would not be required. Once the researchers collect all of the tiles and weigh the dried algae, they will make the results of the algae survey available to the general public online.

Interested property owners may volunteer for the project by following the “Volunteer for the Algal Survey!” link on the Jefferson Project homepage, which is at jeffersonproject.rpi.edu.

Since its launch, the Jefferson Project has combined traditional lake sampling with the world’s most advanced sensor network to monitor Lake George, collecting data from 51 sensor platforms and more than 500 individual sensors installed around the watershed. Data from monitoring inform experiments on lake threats, including road salt, invasive species, and nutrients. The data are also used to feed powerful computer models that predict weather, runoff, and circulation of water and pollutants — like road salt —ß in the lake in high resolution. The project is also developing the capabilities to forecast changes in the ecosystem, which will make it possible to test the outcome of scenarios like pollution events or policy changes.