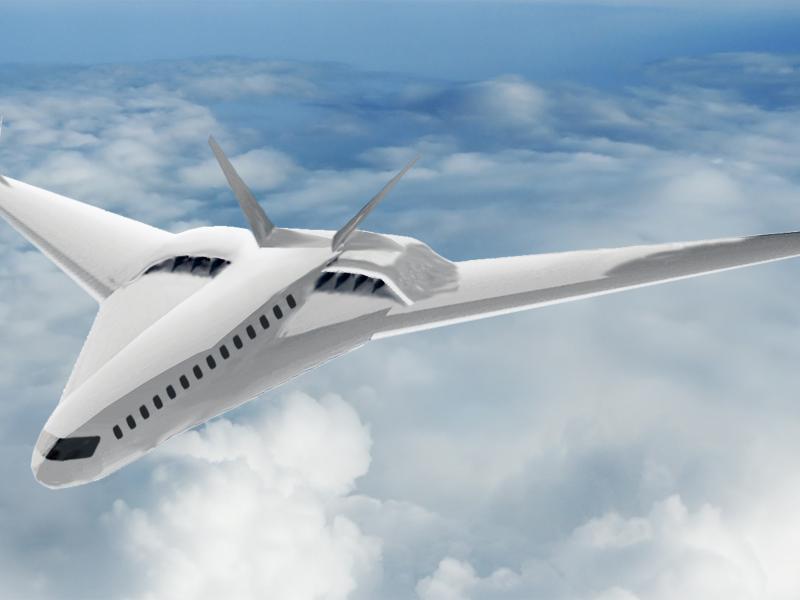 TROY, N.Y. - Electrical and systems engineers from Rensselaer Polytechnic Institute will develop simulation models to help researchers at the University of Illinois develop an all-electric aircraft, a project that recently received a $6 million grant from NASA.

Although improvements have been made to increase flight efficiency over the past few decades, the continued dependency on hydrocarbon fuels makes aircraft operation costs volatile. It also means commercial aviation will continue to contribute a significant amount of greenhouse gas emissions across the national and international transportation industry.

In an effort to address these challenges, the team is looking toward more sustainable energy sources for aviation and the introduction of new electrically driven propulsion systems for commercial aircraft systems.

“A plane has multiple systems inside of it,” said Luigi Vanfretti, associate professor of electrical, computer, and systems engineering. “You need to have a way to understand the interaction of the systems and, in an integrated way, you need to optimize them together.”

Vanfretti’s ALSETLab, which stands for Analysis Laboratory for Synchrophasor and Electrical Energy Technology, specializes in complex modeling simulations of electrical systems. His focus on simulation models has led to multiple collaborations with other academic institutions, government organizations, and industry. The work his team does, Vanfretti said, helps researchers understand how systems work together and if new developments will be successful long before they’re physically tested.

“There’s a big need and it’s becoming greater because we are integrating things with software,” he said. “It costs too much money to develop prototypes, so of course you need to make models and simulations.”

This new electric aircraft initiative, led by Phillip Ansell, assistant professor in the Department of Aerospace Engineering at Urbana-Champaign, is called CHEETA—the Center for Cryogenic High-Efficiency Electrical Technologies for Aircraft.

Through his work with CHEETA, Vanfretti will support the development of a fully electric aircraft platform that uses cryogenic liquid hydrogen as an energy storage method.

“The hydrogen chemical energy is converted to electrical energy through a series of fuel cells, which drive the ultra-efficient electric propulsion system,” Ansell said. “The low temperature requirements of the hydrogen system also provide opportunities to use superconducting, or lossless, energy transmission and high-power motor systems.”

Ansell compared the use of superconducting materials at cryogenic temperatures to how the magnets in MRIs work.

“However,” he added, “these necessary electrical drivetrain systems do not yet exist, and the methods for integrating electrically driven propulsion technologies into an aircraft platform have not yet been effectively established. This program seeks to address this gap and make foundational contributions in technologies that will enable fully electric aircraft of the future.”