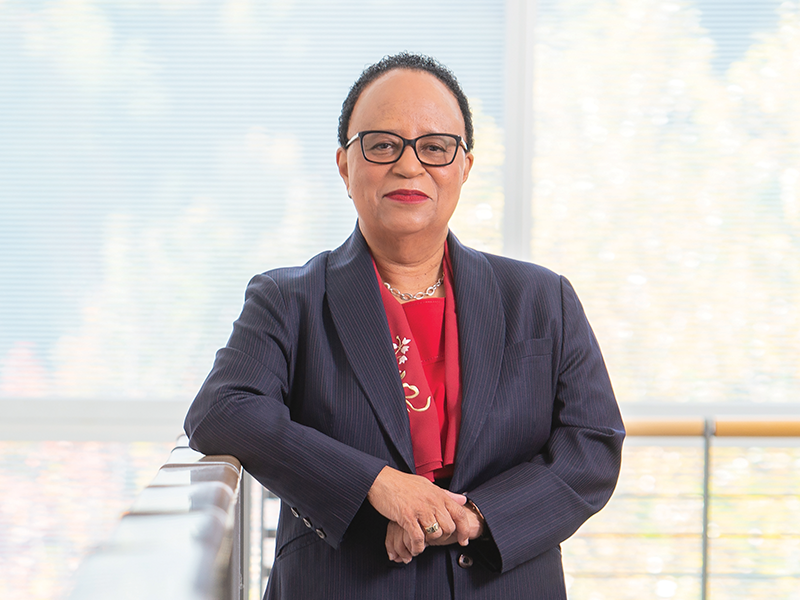 TROY, N.Y. – The Nature Conservancy, one of the world’s most effective and wide-reaching environmental organizations, on Thursday announced the upcoming appointment of Dr. Shirley Ann Jackson, president of Rensselaer Polytechnic Institute, to its global Board of Directors.

“TNC brings scientists, policy experts, and leaders together to develop effective strategies for addressing some of the most pressing issues of our time,” Dr. Jackson said. “Their philosophy and approach is aligned with the Rensselaer vision of The New Polytechnic, which produces multidisciplinary solutions to the interconnected challenges facing humanity. In this collaborative spirit, I look forward to working with the global Board on their ongoing efforts to create an environment that allows all people to thrive.”

Dr. Jackson’s appointment, which will start in February 2020, was announced along with three others: Amy Batchelor, managing director of the Anchor Point Foundation; Kent J. Thiry, executive chairman of DaVita; and Kevin Weil, vice president of product for Facebook’s blockchain initiative, Calibra.

“To successfully take on the most pressing environmental challenges facing us, TNC needs people with ambition and big ideas,” said Board Chair Tom Tierney. “That is why I couldn’t be more excited to announce the appointment of these four leaders to our global Board. They have each excelled and innovated in their fields, and I look forward to them bringing their passion and brilliance to our work in helping tackle climate change and protecting the lands and waters on which all life depends.”

“I am honored to welcome these distinguished individuals to our global Board of Directors,” said Board Chair-elect Fran Ulmer. “I am eager to collaborate with each of them as TNC moves confidently into the future.”

Dr. Jackson is the 18th president of Rensselaer, the oldest technological research university in the United States, where she has led an extraordinary transformation since 1999. Described by Time magazine as “perhaps the ultimate role model for women in science,” she has held senior leadership positions in academia, government, industry, and research.

A theoretical physicist, Dr. Jackson holds an S.B. in Physics, and a Ph.D. in Theoretical Elementary Particle Physics, both from MIT. In September 2014, United States President Barack Obama appointed her as Co-Chair of the President’s Intelligence Advisory Board, where she served until January 2017. She also served on the U.S. Secretary of State International Security Advisory Board from 2011 to 2017, and the U.S. Secretary of Energy Advisory Board from 2013 to 2017. From 2009 to 2014, Dr. Jackson served on the President’s Council of Advisors on Science and Technology (PCAST), and, as part of PCAST, was Co-Chair of the President’s Innovation and Technology Advisory Committee (PITAC).

Dr. Jackson is a member of the U.S. National Academy of Engineering, the American Philosophical Society, and the Council on Foreign Relations. She is a Life Member of the MIT Corporation, and a former Vice-Chair of the Board of Regents of the Smithsonian Institution. In October 2017, she was named Regent Emerita of the Smithsonian Institution. She currently serves on the boards of major corporations that include FedEx and IBM.