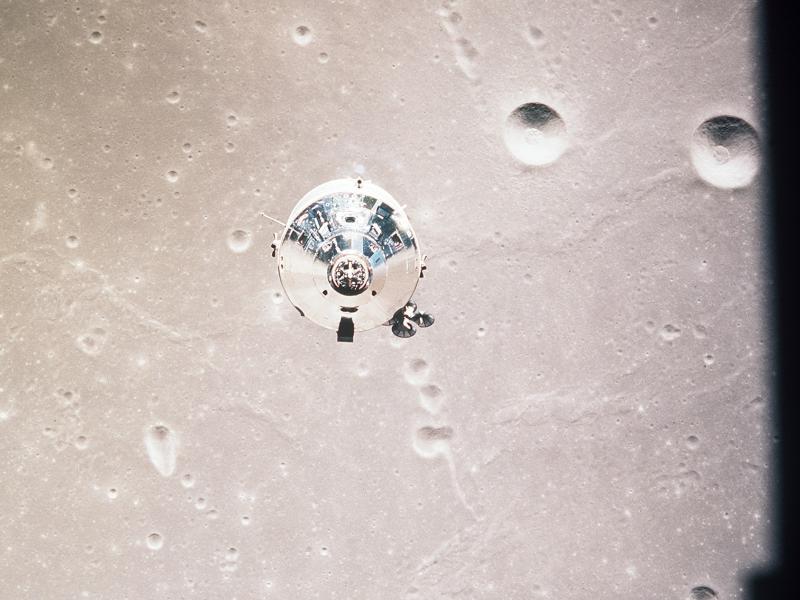 Faculty, students, and alumni contribute to ongoing discovery in space

NASA’s ongoing exploration of space – celebrated this month with the 50th anniversary of the Apollo 11 mission that landed man on the moon – is inextricably tied to Rensselaer Polytechnic Institute. In a pivotal example, Rensselaer alumnus George M. Low ’48 assumed management of the Apollo program after the Apollo 1 disaster and shepherded it through recovery to triumph on July 20, 1969.

Low returned to Rensselaer to become its 14th president, a position he held from 1976 until his death in 1984. Through the decades, the legacy of the connections that took him from Rensselaer to NASA and back has broadened and deepened into generations of contributions by faculty, students, and alumni.

“Rensselaer has a history of bringing people together across disciplines to solve problems, break down barriers, and explore new possibilities,” said Dr. Shirley Ann Jackson, the president of Rensselaer. “We have advanced this approach through a model we call The New Polytechnic, and it is accelerating progress all around us, both on Earth and in space.”

John Christian, an assistant professor and the director of the Sensing, Estimation, and Automation Laboratory at Rensselaer, is researching how optical navigation can be used to enable autonomous space navigation. On the Apollo missions, for example, manual navigation with an astronaut-operated space sextant was a back-up for tracking with Earth-based sensors.

“Not only are these autonomous digital systems less cumbersome for the crew, but they are also generally more accurate,” Christian said. “It’s very interesting to be working on lunar navigation and lunar exploration 50 years after the Apollo program. Working through all the challenges of achieving the task gives all of us in this field a deep appreciation for how difficult it must have been.”

Heidi Jo Newberg, a professor of physics, applied physics, and astronomy, studies the structure of the Milky Way, using the location and movement of stars to map the galactic halo and disk. Her work contributes to our understanding of how our galaxy formed and can also be used to determine where dark matter may be located in the galaxy.

Kurt Anderson, a professor of mechanical, aerospace, and nuclear engineering, is designing a compact, semi-autonomous trash collector to address the growing hazards of space debris. It is aptly named OSCaR, which stands for Obsolete Spacecraft Capture and Removal.

The newly established Rensselaer Astrobiology Research and Education (RARE) Center, which is led by Karyn Rogers, an assistant professor of earth and environmental sciences, seeks to discover the conditions that led to the emergence of life on Earth as a means to understand where similar processes may have occurred elsewhere in the universe. Their work is supported, in part, through a $9 million grant from NASA.

The list is extensive. Faculty members are preparing experiments for the International Space Station (ISS), developing technology to cool electronic devices in space, studying the behavior of bacteria in space, and more. Many of these projects involve student participation.

To date, Rensselaer has produced three astronauts: John “Jack” Swigert Jr. ’65 was aboard the Apollo 13 mission (he was played by Kevin Bacon in the 1995 movie); Rick Mastracchio ’87 became one of the most experienced spacewalkers in history; and G. Reid Wiseman ’97 served as flight engineer aboard the ISS for Expedition 41. Additionally, Marta Bohn-Meyer ’79 became the first female NASA crewmember assigned to the triple-sonic SR-71 Blackbird aircraft.

The Spirit and Opportunity Rover mission on Mars involved more than a dozen alumni, including Kobie Boykins ’96, Michael Meyer ’74, and Frederick Serrichio ’94, in various aspects of engineering and research. In addition to NASA, Rensselaer students and alumni continue to intern and work at organizations such as Space X, Blue Origin, and Lockheed Martin.

“Rensselaer has played and will continue to play a very direct and influential role in the continuation of space exploration,” Dr. Jackson said. “This is an important part of our legacy. We take great pride in what our faculty and alumni have accomplished, the visionary projects they are currently pursuing, and all that they will accomplish in the future.”