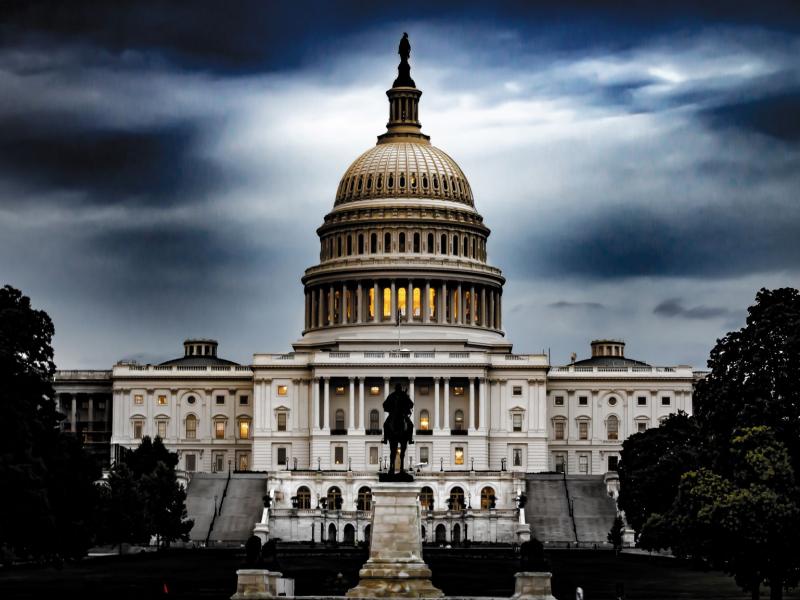 For much of the 20th century, political polarization within the United States House of Representatives tended to decrease over the course of a two-year term. But starting in the mid-1980s, that trend reversed, and in recent decades, polarization has been more likely to grow.

These findings, published today in the Journal of the Royal Society Interface, are the result of a model developed by researchers at Rensselaer Polytechnic Institute who analyzed millions of roll call votes taken in the U.S. Congress. It was able to accurately predict the nature of changes in polarization in 28 of the 30 U.S. Congresses elected in the past six decades.

“Like the economist Adam Smith’s ‘invisible hand,’ which is the unobservable market force balancing the supply and demand in free markets, we propose in our paper an invisible hand of polarization utility, which decides the level of polarization in votes of legislators,” said Boleslaw Szymanski, a distinguished professor of computer science at Rensselaer and a co-author of the paper. “We tend to think humans behave unpredictably, but more and more we see that in a lot of settings, human choices can be explained by abstract and elegant models.”

In constructing their model, the authors isolated a force that, they said, plays a role in determining polarization in politics that is analogous to that of gravitational force in physics. They call it “polarization utility,” which Szymanski defined as a measure of “how much benefit members of Congress can realize by focusing on issues with appealing to their supporters.”

The authors identify two critical factors that determine the level of polarization utility: the polarization of voters and an increase in the influence of campaign donors driven by the increasing costs of election campaigns. Lending credence to the power of these two factors is the fact that the two biggest jumps in polarization utility over the last 60 years occurred in 1960 – with the rise of the Civil Rights movement and increased U.S. involvement in the Vietnam War – and in 2010 following the Citizens United decision in the U.S. Supreme Court that opened the door to unrestricted political donations.

“The beauty of this work is that we can use a simple parameter — polarization utility — to quantify and predict how polarized the system is,” said Jianxi Gao, an assistant professor of computer science at Rensselaer and a co-author on the paper. “This means that, if we want to encourage or discourage polarization of the Congress, we can do so by changing the utility.”

Steps that would influence polarization utility might include limiting campaign donations and changing the length of terms that legislator serve. However, the authors stress that they are not calling for either of these steps to be taken.

“This paper enables us to better understand what are the factors impacting polarization in legislative houses,” Szymanski said. “Whether we want polarization and how much is not a decision for us scientists, but rather for society as a whole.”

While the model used in this study accounts for how the polarization of voters effects members of the legislative body, Szymanski said that an important next step would be to research how the inverse dynamic works. If polarized politicians influence electorates to become more polarized, the authors write, it could create a feedback loop that “might destabilize democracy.” They plan to address this question in future research.

Xiaoyan Lu, who recently received his doctoral degree from Rensselaer, was also a co-author on the paper, the full title of which is The evolution of polarization in the legislative branch of government.