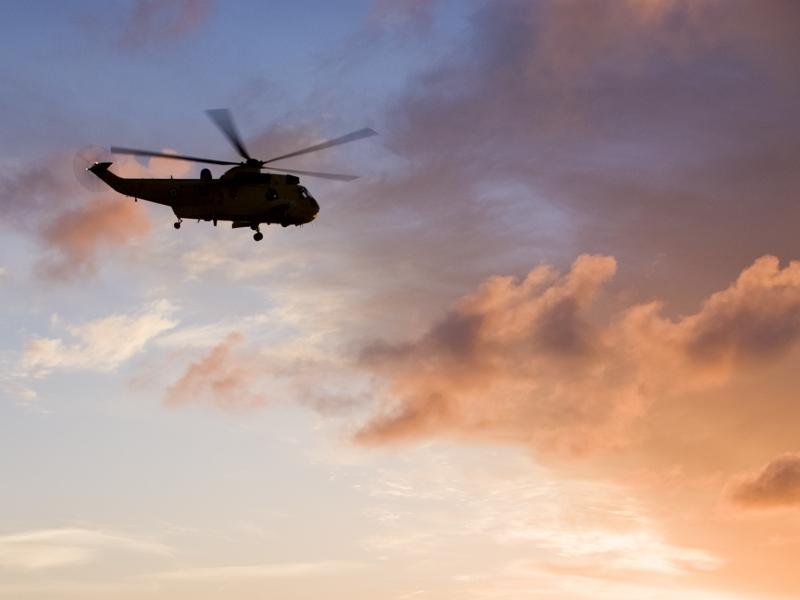 TROY, N.Y. – Increasing the forward speed of helicopters has the potential to save lives by expediting access to medical care. The Center for Flow Physics and Control (CeFPaC) and the Center for Mobility with Vertical Lift (MOVE) at Rensselaer Polytechnic Institute are partnering to address this challenge, with the support of grants from the Army Research Office and the Israeli Ministry of Defense.

Researchers from the two Rensselaer centers will develop and test methods of making helicopters fly faster and more efficiently by controlling the flow and separation of air over their blades.

“The question is: How do you fly at very high speeds while trying to mitigate the effects of reverse flow?” said Farhan Gandhi, the director of MOVE.

When a helicopter goes into forward flight, the advancing side of the blade—that’s moving into the wind—sees much higher velocities than the retreating side. As that phenomenon increases, regions of reverse flow start to develop, generating negative lift and drag.

It takes a lot of power and energy to overcome those conditions, reducing the distance a helicopter can travel before it runs out of fuel, or reducing payload in order to make room for extra fuel.

Through this partnership, Gandhi and his team will build on their research and design a blade that is shaped in such a way that it can mitigate reverse flow. Michael “Miki” Amitay, the director of CeFPaC, and his team will then test those designs with model blades inside a state-of-the-art wind tunnel.

“We need to understand how—in these conditions—the lift is generated, how you can reduce the drag, and how you can quantify that,” said Amitay. “All of that we can study, and test, here.”

“The U.S. Army and industry partners are currently hard at work developing the next generation of rotorcraft. This fundamental investigation will uncover new methods of manipulating the physics of flows to permit the efficient creation of lift and thrust,” said Matthew Munson, program manager, fluid dynamics program, at the Army Research Office, an element of the U.S. Army Combat Capabilities Development Command’s Army Research Laboratory. “This research has great potential to enable the vehicles ‘after next’ by cleverly managing aerodynamic forces.”

Amitay and his team have already started testing, and he said they’ve found that by changing the shape of the blade, they can reduce drag by 50%.

But the teams’ research can’t stop there. Flow conditions during hover and forward motion are different, so changing blade shape to improve one mode will have a negative effect on the other.

That’s why Gandhi’s team will also develop an actuation system that will allow for a change in configuration of the blades during operation.

“You have to manage to do well in both states, and this is where shape change or geometry adaptation starts to come in,” Gandhi said.

This type of interdisciplinary research is a physical embodiment of The New Polytechnic, the innovative model that informs research at Rensselaer, which seeks to solve global challenges by bringing together the best ideas and experts in every field.

Amitay hopes this research changes the way future high-speed helicopter blades are designed. In addition to protecting military personnel from enemy fire and improving their rescue efforts, he said there are clear civilian applications as well.

“In situations where time matters, like when medical crews are helping burn victims or people in car accidents,” Amitay said, “if you can fly faster without compromising on performance, that’s what we think is the solution.”