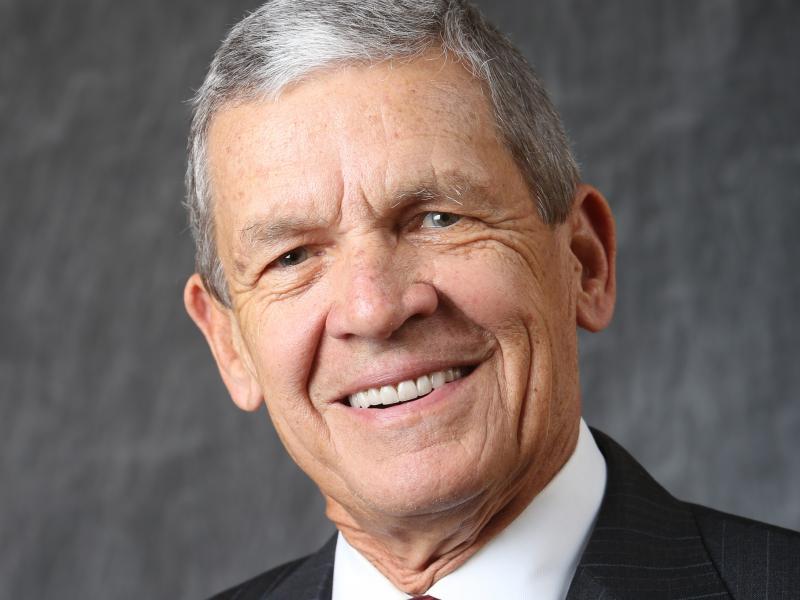 The Honolulu Navy League is a nonprofit organization dedicated to educating citizens on the importance of maintaining strong sea services, supporting members of the military and their families, and developing youth through leadership programs. Their annual awardees are chosen based on their sustained commitment to their country and community.

“Both Rensselaer and the United States Navy have been fortunate to have someone like Admiral Zlatoper as part of their leadership,” said Rensselaer President Shirley Ann Jackson. “This well-deserved honor recognizes a lifetime of service and dedication that also stands as an example for all Rensselaer graduates as they consider how they, too, can change the world.”

The final assignment of Admiral Zlatoper’s distinguished career was commander in chief of the U.S. Pacific Fleet, the world’s largest naval command. A combat-experienced naval aviator with over 4,000 flying hours and 1,000 carrier landings, in addition to numerous operational assignments, he also served as the chief of naval personnel, a battle group commander in Desert Storm and Desert Shield, the military assistant to the Secretary of Defense, and the U.S. 7th Fleet’s chief of staff. He has received numerous personal decorations including the Distinguished Service Medal, the Legion of Merit, and the Distinguished Flying Cross.

Retiring from the Navy in 1997, Admiral Zlatoper was the Chairman and CEO of Sanchez Computer Associates Inc. In addition to serving a trustee emeritus of Rensselaer Polytechnic Institute, he serves on three corporate boards, has served as a Trustee of the Estate for James Campbell, and is now active as Governor for Chaminade University, on the Board the University of Hawaii Engineering School, the Pearl Harbor Aviation Museum, the Military Affairs Council, Chamber of Commerce of Hawaii, and Catholic Charities of Hawaii. He has served as the Dean of the Consular Corps of Hawaii and is currently the Honorary Council for Slovenia.

Admiral Zlatoper holds an honorary doctorate in engineering from Rensselaer, master’s degrees from the Massachusetts Institute of Technology and the George Washington University, and a bachelor’s degree in mathematics from Rensselaer Polytechnic Institute. He is a distinguished graduate of the Naval War College who lectures regularly at universities around the world.