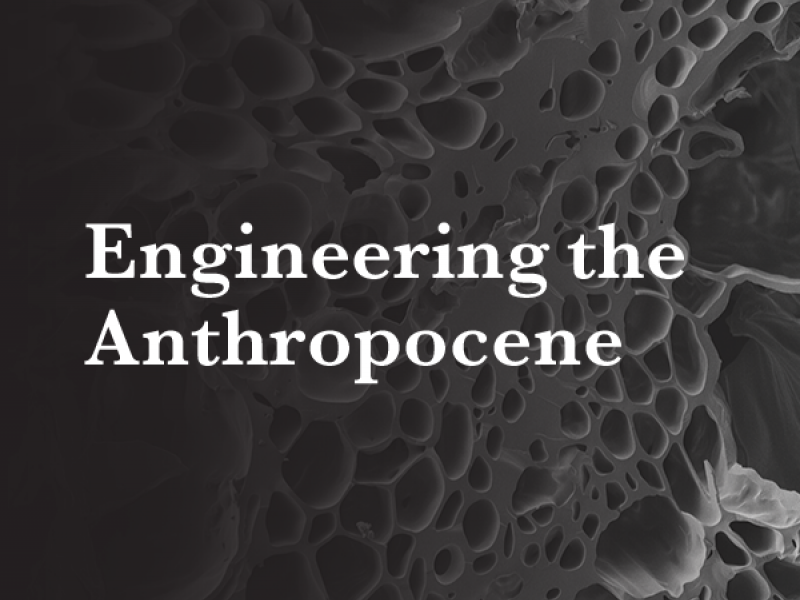 Rensselaer Polytechnic Institute will host a speaker series throughout this academic year examining the effects of human activity on climate, the changing climate’s impact on humans, and the action needed to address such a complex issue.

Co-sponsored by the Department of Civil and Environmental Engineering and the Department of Science and Technology Studies, the “Engineering the Anthropocene” series will begin on Wednesday, Sept. 18, with a public lecture by Darshan Karwat, an assistant professor in the School for the Future of Innovation in Society and The Polytechnic School at Arizona State University, titled “Engineering for the People: Promoting Environmental Protection, Justice, and Peace.”

Built upon the premise, which permeates research and education at Rensselaer, that no global challenge can be solved by one person or discipline working alone, the series will bring together individuals across campus and the broader community with a shared interested in solving climate change.

“We’re really interested in bridging the gap between the technical, social, historical, and political,” said Daniel Lander, lecturer of civil and environmental engineering at Rensselaer. “We’re offering a broad range of perspectives on climate change as a way to demonstrate the breadth of effects there will be if it isn’t addressed.”

The series will feature speakers who are researching an aspect of climate change from a variety of fields, including sociology, psychology, engineering, science, philosophy, economics, the arts, and science and technology studies, an interdisciplinary field that examines the role of science and technology in social and environmental change.

“Climate change will affect everyone as individuals but it will also affect institutions, the economy, human health, immigration, and war,” said Brandon Costelloe-Kuehn, lecturer of science and technology studies at Rensselaer. “If you care about any issue, you should also care about climate change because it will likely have a radical impact on that issue.”

“Engineering the Anthropocene” will not only provide an overview of how humans have impacted climate and the environment, it will also help individuals understand the role they play individually and within society in order to address such an urgent and complex issue.

“The question ‘What can I do?’ is so important — it might be the most important question in relation to climate change — and the answer should be tailored to each individual asking the question,” Costelloe-Kuehn said. “But perhaps the most important thing we can do is get involved with other individuals to form new alliances and collective power to design and build a world with greater environmental, social, and economic justice.”

The talks, which are free and open to the public, will take place in the Howard P. Isermann ’42 Auditorium of the Center for Biotechnology and Interdisciplinary Studies on campus from 12:30 to 2 p.m. unless otherwise noted:

- Oct. 16, “Why Not Change the Climate? What Models and Data Tell Us about Planetary Futures” by Paul Edwards.

- Nov. 20, “The Perennial Imagination: Hard-Wired for Emergence” by Bill Vitek.

- Dec. 11, “Our Changing Menu: What Climate Change Means to the Foods We Love and Need” by Michael P. Hoffmann.

Seating is first come, first served. The spring speaker schedule will be released later this year.