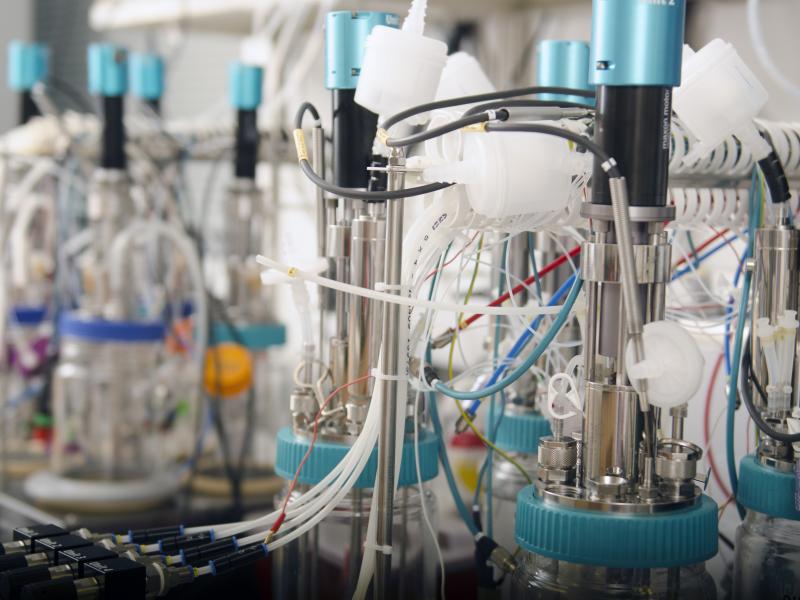 Research selected as editor’s choice by Biotechnology and Bioengineering

TROY, N.Y. — Biopharmaceuticals are necessary, life-saving tools. But the process for making them is time-consuming and costly, particularly when it comes to the process of purification — the removal of unwanted elements like proteins, viruses, and DNA.

A team of chemical and biological engineers at Rensselaer Polytechnic Institute has developed a method that significantly cuts down the amount of time needed for the purification process, laying the groundwork for faster, less expensive drug production. The findings were recently published in Biotechnology and Bioengineering, where the article was named an editor’s choice.

Choosing which purification process to use on a biopharmaceutical is known as the process development phase. In this paper, Cramer and his team show that they can cut down the amount of time that process takes from months to days by employing screening methods and computer algorithms the Rensselaer researchers have developed.

Those screening methods, which help the team know exactly which unwanted molecules need to be removed, were developed after the researchers collected a large amount of data and built a database. The database enabled the team to develop computer algorithms to rank which sequences of chromatographic processes — methods of separating molecules — will work best.

“Using this new way, we were able to develop an overall process in one week, in contrast to typical time frames of four to six months,” Cramer said. “We bring all the data together in our in silico modeling tool and the computer gives us a ranking of which processes to evaluate in the lab.”

When Cramer’s team took the recommendations made by their algorithms into the lab, they found that the processes the computer suggested, worked. The successful results suggest, Cramer said, a new platform-like approach for rapidly designing purification processes.

Cramer is a member of the Center for Biotechnology and Interdisciplinary Studies, where faculty work together across disciplines to develop innovative solutions to pressing challenges. His lab is currently working on other projects aimed at increasing process efficiency and improved drug purity, including three projects with the National Institute for Innovation in Manufacturing Biopharmaceuticals (NIIMBL).