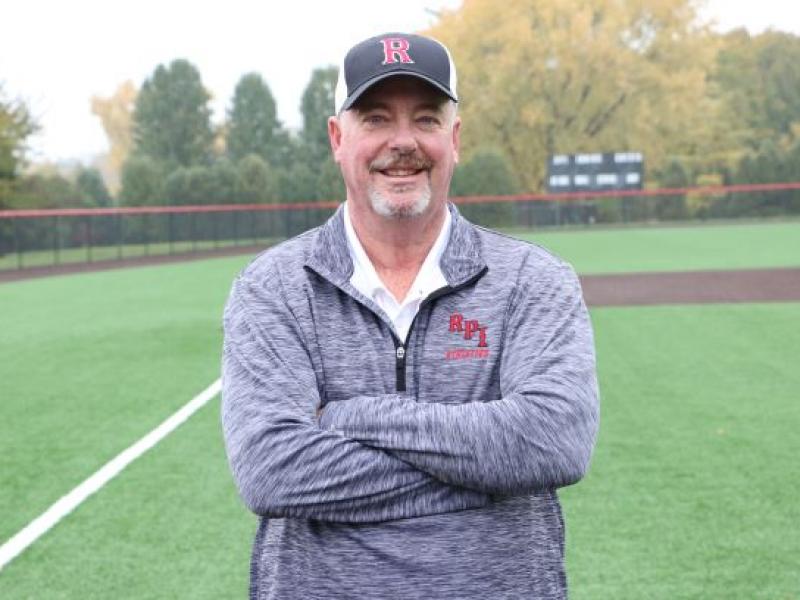 The baseball facility at Rensselaer Polytechnic Institute will be officially named in honor of longtime coach Karl Steffen at a ribbon cutting ceremony at 10:30 a.m. on Saturday, September 28.

The ceremony will take place at Robison Field, which will retain its name as part of the newly christened Karl Steffen Ballpark.

Steffen recently retired after a distinguished 34-year career as the head coach of the baseball team at Rensselaer, which he led to unprecedented success, posting a career record of 852-470-3 over 1,325 games.

The naming of Karl Steffen Ballpark was made possible by generous support from James Alden ’58 and Jan and John Alden ’58. The Alden brothers both played baseball at Rensselaer. Other donors also contributed to the project.

“Athletics are a key force for community – for the players and the spectators,” said Rensselaer President Shirley Ann Jackson. “Philanthropic support allows us to deepen that sense of community – and encourage our students to grow in every aspect of their lives.”

Over the course of his career, Steffen mentored and coached hundreds of student athletes, including nine who have since been inducted into the Rensselaer Athletics Hall of Fame and four who were drafted in the Major League Baseball First-Year Player Draft.

While at Rensselaer, he was honored by his fellow coaches with the Marvin T. Anderson Award, given to the coach who most exemplifies the spirit of Rensselaer athletics, five times. His service as the intramural director for the institute earned him a Student Affairs Service Award.