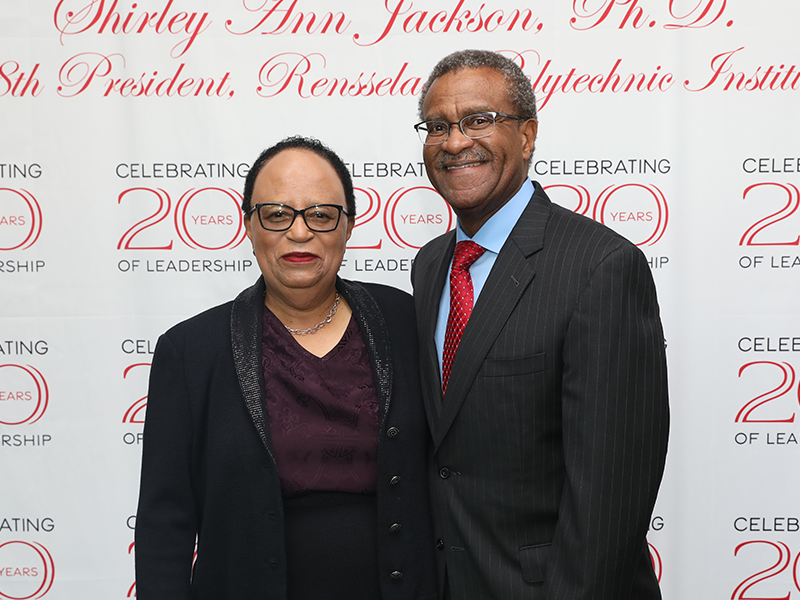 This year marks the 20th anniversary of Dr. Shirley Ann Jackson’s transformative leadership at Rensselaer Polytechnic Institute, which has experienced extraordinary advancements in research, pedagogy, and the student experience in that time.

To mark the occasion, a tribute will be held on campus on October 3, beginning at 8 p.m. in the Curtis R. Priem Experimental Media and Performing Arts Center (EMPAC) Concert Hall.

In the afternoon prior to the tribute event, there will be a free, celebratory campus-wide picnic lunch for the Rensselaer community, including students, faculty, and staff, and tours of key buildings added to the campus under Dr. Jackson’s leadership, including the Center for Biotechnology and Interdisciplinary Studies, the East Campus Athletic Village, and the newly-renovated Commons Dining Hall.

Dr. Jackson is the 18th president of Rensselaer. A theoretical physicist, she holds an S.B. in Physics, and a Ph.D. in Theoretical Elementary Particle Physics, both from MIT. Described by Time magazine as “perhaps the ultimate role model for women in science,” Dr. Jackson has held senior leadership positions in academia, government, industry, and research. Before taking the helm at Rensselaer, Dr. Jackson was Chairman of the U.S. Nuclear Regulatory Commission from 1995 to 1999. She currently serves on the boards of major corporations that include FedEx and IBM. She holds 55 honorary doctoral degrees. In 2016, United States President Barack Obama awarded Dr. Jackson the National Medal of Science, the nation’s highest honor in science and engineering.

Community members intending to attend the events should register here.