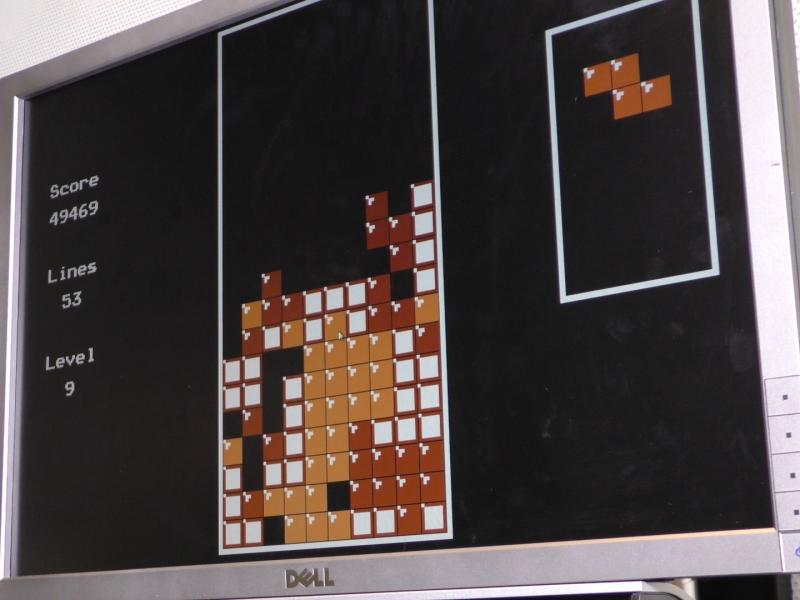 TROY, N.Y. — In a fraction of a second, a colorful digital block shaped like the letter “L” falls from the top of the computer screen. In even less time, fingers float across a controller, striking the arrow keys in rapid succession to rotate the figure so it falls in line with a computerized stack of shapes. Form after form falls, faster and faster.

The decades-old puzzle game Tetris and the people who play it competitively have become a testbed for cognitive scientists at Rensselaer Polytechnic Institute who want to know how humans learn and gain expertise.

“It’s really a complex cognitive skill, lots of adaptation,” said Wayne Gray, a professor of cognitive science at Rensselaer. “Understanding the parts of this expertise, and how those parts are glued together, will help guide our understanding of expertise in other types of dynamic task performance.”

Gray and his team will soon travel to Portland, Oregon, where Tetris is approached like a sport and the best of the best will compete in the Classic Tetris World Championship. The researchers will gather a massive amount of data — from every keystroke to every shape rotation — as competitors volunteer to play on the Rensselaer team’s computers, before and between official matches.

The researchers are trying to identify overall strategies, how the players think and make decisions, and what the highest performing experts do that’s different from novices. You can watch the researchers discuss their work here.

“It’s not that we’re studying the game as much as we are studying people’s minds and how they learn,” said Jacquelyn Berry, a recent visiting researcher at Rensselaer.

This work is being supported by the Office of Naval Research. The military is interested, Gray said, in how individuals and teams learn and perfect technical tasks.

“We don’t expect there to be a whole lot the Tetris players are doing that would transfer to Navy tasks, but we do hope the methods we’re bringing to study would be a model for how to proceed on tasks which the Navy does care about,” Gray said.

Gray and his team are interested in many aspects of expertise, including what happens to performance when the interface someone trains on, or is used to, changes. For example, Berry recently led a study that looked at results when people were asked to play Tetris upside down.

The researchers are also using games to study how teams work together. They’ve previously studied League of Legends game data and are currently developing a joint action game to evaluate what non-verbal signals partners use to communicate while completing an objective.

Gray hopes that all of this work will lay the foundation for the researchers to move into more critical testbeds.

“We really hope if we’re successful that we can go into say the Navy’s laparoscopic surgery department and say, ‘We want to observe you guys for a while, but we have some ideas for how your skills are achieved and the steps you could take to improve,’” he said.

In the meantime, this will be the fourth year that the Rensselaer team has studied professional Tetris players at the World Championship. In that time, Berry said, they’ve seen the limits of human expertise expand. Unlike the game — which tops out at 999,999 points — Berry and Gray see vast potential in this area of research.