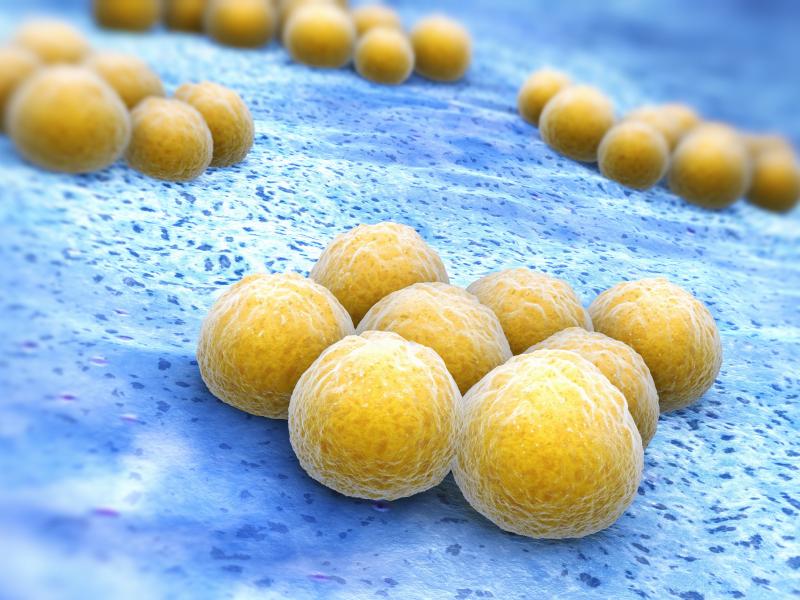 Research capitalizes on ability of enzymes to target and kill bacteria, improving possible solution to problem of antibiotic resistance

TROY, N.Y. — The Centers for Disease Control and Prevention considers antibiotic resistance one of the most urgent public health threats, one that affects communities worldwide. The ramifications of bacteria’s ability to become resistant to antibiotics can be seen in hospitals, public places, our food supply, and our water.

In their search for solutions, researchers at Rensselaer Polytechnic Institute have been looking to nature. In a paper recently published in Biomacromolecules, the team demonstrated how it could improve upon the ability of nature’s exquisitely selective collection of antimicrobial enzymes to attack bacteria in a way that’s much less likely to cause bacterial resistance.

“The idea is that we could take nature’s approach and just make it better,” said Jonathan Dordick, a chaired professor of chemical and biological engineering and a member of the Center for Biotechnology and Interdisciplinary Studies (CBIS), who led this research at Rensselaer with postdoctoral researcher Domyoung Kim and Senior Research Scientist Seok-Joon Kwon.

In order for bacteria to grow and live, they naturally produce autolysin enzymes that can break down their own cell walls, allowing those cells to divide and multiply.

In attacking one another, bacteria take advantage of a similar process, using an antibacterial protein known as a bacteriocin to kill a bacterium. Bacteria can also be attacked by bacteriophages, which are viruses that infect bacteria. They produce phage endolysin enzymes, which attack the bacterial cell from the inside. All three types of enzymes are broadly known as cell lytic enzymes, as they catalyze the breakdown of the bacterial cell wall.

“It’s very difficult for bacteria to become resistant to the action of these enzymes,” Dordick said. “For example, if they became resistant to an autolysin, they wouldn’t divide.”

Like building blocks, most cell lytic enzymes are modular. They’re made up of one binding domain which attaches to the cell wall, and a catalytic domain that breaks holes in the cell wall — effectively destroying the targeted bacteria.

These enzymes are very specific, Dordick said, targeting one or only a few bacteria. In this paper, the researchers set out to see if they could improve the combinations nature has created.

More specifically, the team took the protein streptavidin, which acts as an effective template to which the researchers could attach a binding domain from one organism and a catalytic domain from another. The modularity approach allows them to make new combinations quickly in order to determine which work best.

They found that in targeting Staphylococcus aureus — commonly known as staph — their combinations were very effective, at times even better than what occurs in nature.

“We genetically expressed the binding domains or the catalytic domains from several different organisms,” Dordick said. “We identified some that worked better than what nature provided. So that opens up an entirely new way of developing antimicrobial enzyme systems.”

“This research has the potential to improve human health,” said Deepak Vashishth, director of CBIS, a research center that brings faculty of multiple disciplines together to solve complex challenges. “It is emblematic of the innovative solutions that are needed to advance medical care.”

These findings lay the groundwork for further research and for improving the team’s creation of paints or coatings that could be applied to surfaces in order to seek out and kill targeted bacteria; to control and re-engineer various microbiomes found in nature; and potentially to be used clinically, for example, to control skin and intestinal infections.

This work was done in collaboration with a group led by Jungbae Kim, professor of chemical and biological engineering from Korea University. It was supported by a grant from the Global Research Laboratory Program through the National Research Foundation of Korea.