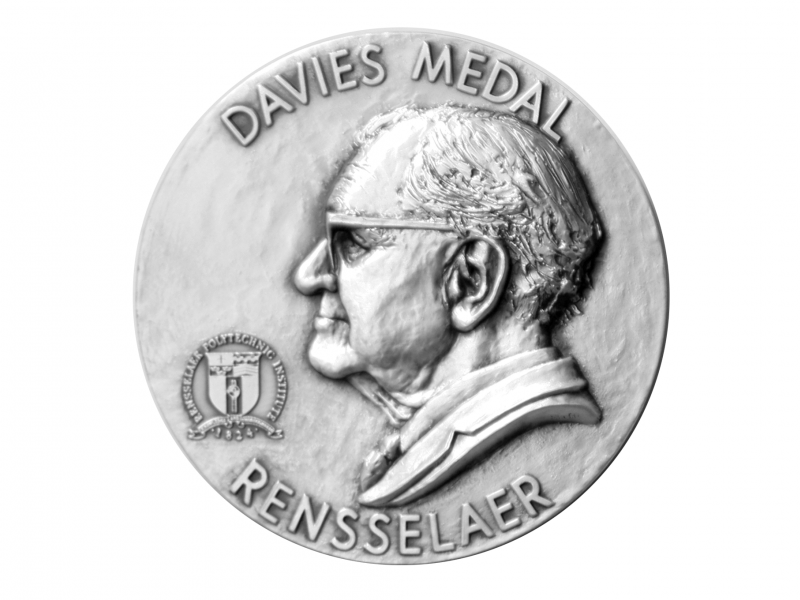 Rensselaer alumnus to be honored for his life-saving innovation

Troy, N.Y. — Charles Taylor ’87, ’91, ’92, recognizes that every person’s heart and health are different, which is why he has spent his career focused on developing a personalized approach to diagnosing and treating cardiovascular disease. His visionary work as the co-founder of HeartFlow Inc. is one of the reasons that, later this week, Taylor will be awarded the Davies Medal for Engineering Achievement from Rensselaer Polytechnic Institute.

The Davies Medal, named in honor of accomplished engineer and alumnus Clarence E. Davies ’14, is awarded to Rensselaer alumni for their exceptional careers in engineering education, research, practice, or service. Taylor will receive this honor on Thursday, November 21, 2019, at 2 p.m. in the Center for Biotechnology and Interdisciplinary Studies Auditorium on the Rensselaer campus.

“Charles Taylor’s work is a prime example of how the convergence of engineering — specifically, data, artificial intelligence, and computing — with life sciences can transform human health,” said Shekhar Garde, the dean of the Rensselaer School of Engineering. “We are thrilled to be able to recognize his contributions with the highest honor for accomplishments in engineering that we bestow on our alums.”

Taylor’s work led to the first computer simulations of blood flow in patient-specific models that were built using medical imaging data — a tool for diagnosing and treating cardiovascular disease.

That development gave birth to his company HeartFlow Inc., which he co-founded in 2007. HeartFlow developed the first-of-its-kind noninvasive test to assess blockages in a patient’s coronary arteries, using software trained with deep-learning algorithms.

“This development has the potential to radically change how cardiovascular disease is diagnosed and treated,” Garde said. “Taylor’s innovation will save lives as well as reduce the ever expanding health-care costs in the United States and across the world.”

Taylor has also earned the Davies Medal through his distinguished career in engineering education and public service. In addition to his innovative and life-saving work as chief technology officer at HeartFlow, Taylor has published more than 350 journal and conference papers, has more than 220 issued or pending patents, and has mentored more than 30 doctoral students and postdoctoral fellows at Stanford. He currently serves as a consulting professor of bioengineering at Stanford, and a part-time professor of biomedical engineering at the Technical University of Eindhoven in the Netherlands.