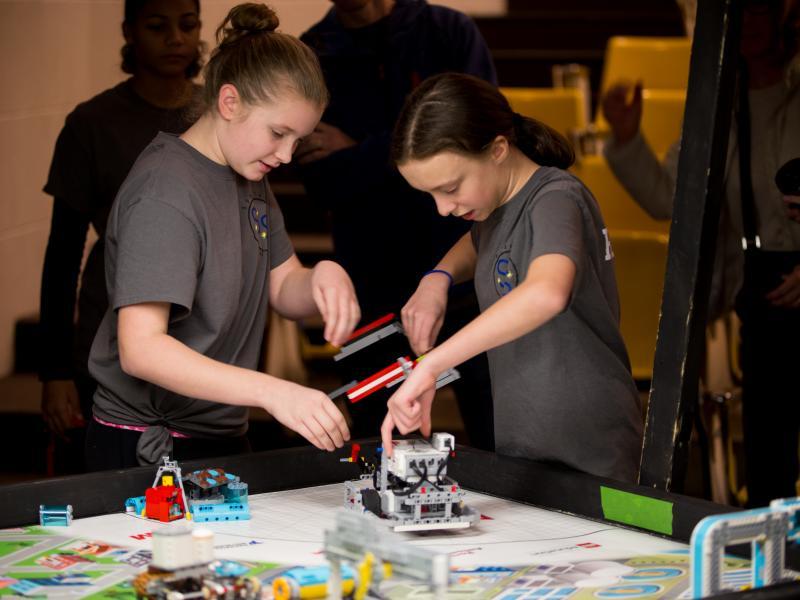 Rensselaer to host regional competition for the 12th year

Elementary and middle school students from around the region will compete in the annual Hudson Valley FIRST LEGO League Qualifying Tournament on the Rensselaer Polytechnic Institute campus on Saturday, Dec. 14.

This is the 12th year that Rensselaer has served as the host facility for this regional competition, which is open to students aged 9-14 years old.

Teams from Colonie, White Plains, Clifton Park, and Averill Park among others will use LEGO pieces and robotics to tackle real-life problems in this year’s three-part City Shaper challenge.

Nine teams with up to 10 students each will choose and solve a real-world engineering problem. They will also address specific missions on the City Shaper competition table using the LEGO EV3 Robotic System.

The competition begins with an opening ceremony at 9:05 a.m. in Room 308 of the Darrin Communications Center (DCC) on the Rensselaer campus. All teams will be recognized in an awards ceremony at 2:00 p.m.

Paul Schoch, the director of the Rensselaer Center for Initiatives in Pre-College Education, sees this tournament as a great way to get young students excited about STEM.

“The FIRST LEGO League Competition engages students to use their knowledge of science, technology, engineering, and math to address problems we all are facing and to work as a team,” he said.

Since its inception in 1998, FIRST LEGO League has had over 320,000 students participate in over 98 countries. Its programs emphasize the core values of discovery, innovation, impact, inclusion, teamwork, and fun.