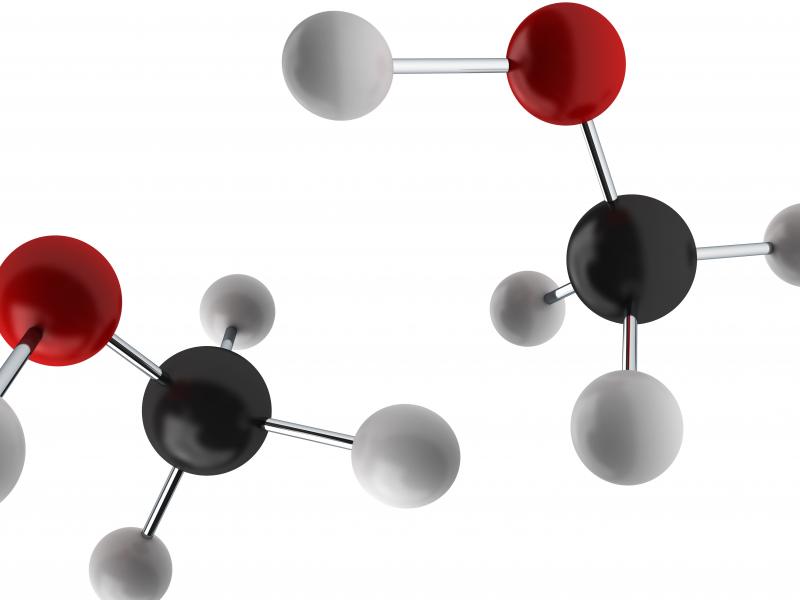 TROY, N.Y. — Methanol is a versatile and efficient chemical used as fuel in the production of countless products. Carbon dioxide (CO2), on the other hand, is a greenhouse gas that is the unwanted byproduct of many industrial processes.

Converting CO2 to methanol is one way to put CO2 to good use. In research published today in Science, chemical engineers from Rensselaer Polytechnic Institute demonstrated how to make that conversion process from CO2 to methanol more efficient by using a highly effective separation membrane they produced. This breakthrough, the researchers said, could improve a number of industry processes that depend on chemical reactions where water is a byproduct.

For example, the chemical reaction responsible for the transformation of CO2 into methanol also produces water, which severely restricts the continued reaction. The Rensselaer team set out to find a way to filter out the water as the reaction is happening, without losing other essential gas molecules.

The researchers assembled a membrane made up of sodium ions and zeolite crystals that was able to carefully and quickly permeate water through small pores — known as water-conduction nanochannels — without losing gas molecules.

“The sodium can actually regulate, or tune, gas permeation,” said Miao Yu, an endowed chair professor of chemical and biological engineering and a member of the Center for Biotechnology and Interdisciplinary Studies (CBIS) at Rensselaer, who led this research. “It’s like the sodium ions are standing at the gate and only allow water to go through. When the inert gas comes in, the ions will block the gas.”

In the past, Yu said, this type of membrane was susceptible to defects that would allow other gas molecules to leak out. His team developed a new strategy to optimize the assembly of the crystals, which eliminated those defects.

When water was effectively removed from the process, Yu said, the team found that the chemical reaction was able to happen very quickly.

“When we can remove the water, the equilibrium shifts, which means more CO2 will be converted and more methanol will be produced,” said Huazheng Li, a postdoctoral researcher at Rensselaer and first author on the paper.

“This research is a prime example of the significant contributions Professor Yu and his team are making to address interdisciplinary challenges in the area of water, energy, and the environment,” said Deepak Vashishth, director of CBIS. “Development and deployment of such tailored membranes by Professor Yu’s group promise to be highly effective and practical.”

The team is now working to develop a scalable process and a startup company that would allow this membrane to be used commercially to produce high purity methanol.

Yu said this membrane could also be used to improve a number of other reactions.

“In industry there are so many reactions limited by water,” Yu said. “This is the only membrane that can work highly efficiently under the harsh reaction conditions.”