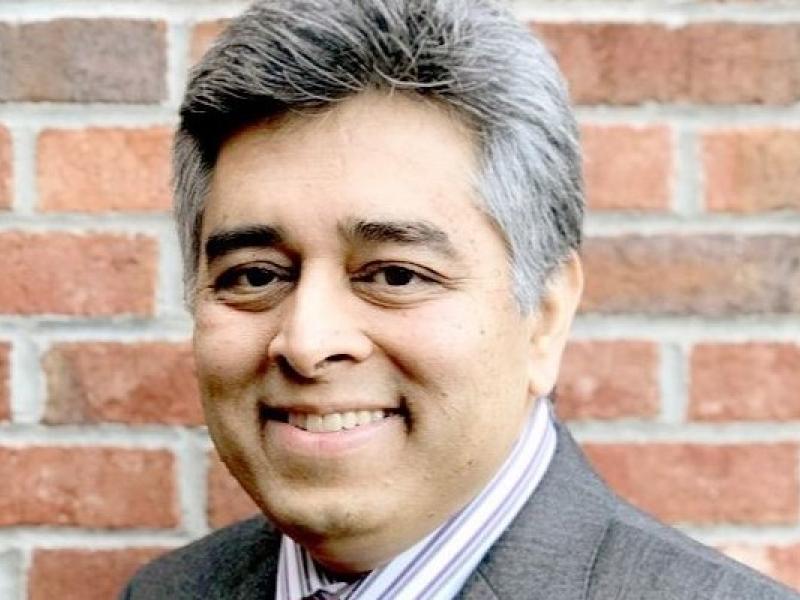 Rensselaer Announces Institute for Data, Artificial Intelligence, and Computing
Computer Culture Emerged in Canada Through Convergence of Unique History and Governmental Policies
The delivery market is coming down from its pandemic highs
Rensselaer Professor Amir Hirsa To Track Physical and Virtual Virus Across Liquid Lining of the Lungs
Eye-movement Tracking Glasses Are Used To Evaluate Mental Stress in First Naturalistic Study of Critical Care Nurses
February 7, 2020

TROY, N.Y. — Farhan Gandhi, the Rosalind and John J. Redfern Jr. ’33 Endowed Chair in Aerospace Engineering, has been elected to the Class of 2020 Fellows of the American Institute of Aeronautics and Astronautics (AIAA). He receives this honor for “pioneering research and academic leadership in the areas of reconfigurable vertical lift, advanced rotary-wing configurations, and adaptive aerospace structures.”

He will be inducted during a ceremony on May 19, 2020, and further honored on May 20 at the AIAA Aerospace Spotlight Awards Gala — both in Washington, D.C.

“The 2020 Class of AIAA Honorary Fellows and Fellows have earned the respect and gratitude of the aerospace community for their dedication, creativity and contribution to better understanding our world in terms of its limits and how we can push past those boundaries,” said John Langford, AIAA president, in a statement. “They are the best minds in the industry.”

Gandhi is one of the world’s leading experts on reconfigurable vertical lift. Through his work as the director of the Center for Mobility and Vertical Lift (MOVE) at Rensselaer, he has continued a distinguished research career that has been focused on improving the design and optimization of vertical takeoff/landing (VTOL) aircraft.

For example, Gandhi has conducted extensive research on rotor span, chord, twist and airfoil morphing, advanced rotary-wing configurations — including high-speed helicopters and multi-copters — and smart materials and structures that can help improve an aircraft’s function. His expertise spans from simulation studies to demonstration of methods.

“The AIAA fellow is an outstanding recognition reserved only for extraordinary researchers with sustained contributions to the field. We are proud to see Professor Gandhi take his rightful place among this august group of researchers,” said Suvranu De, head of the Department of Mechanical, Aerospace, and Nuclear Engineering at Rensselaer.

Before coming to Rensselaer, Gandhi spent 17 years as a member of the aerospace faculty at Pennsylvania State University where he was also deputy director of Penn State’s Vertical Lift Research Center of Excellence.

He received his Ph.D. from the University of Maryland Alfred Gessow Rotorcraft Center.