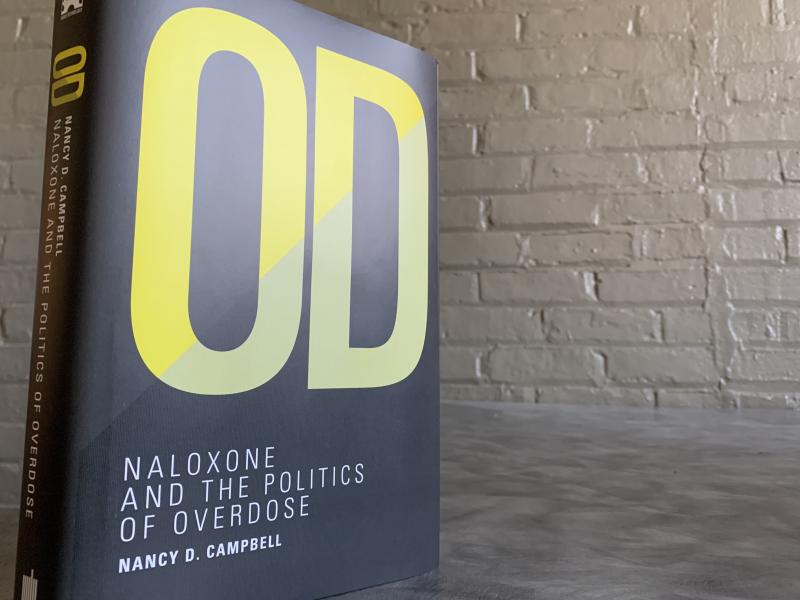 TROY, N.Y. — Naloxone, a life-saving drug that can rapidly reverse the effects of opioid overdose, should be in every first-aid kit and medicine cabinet. That is the conclusion Nancy Campbell reached after years of research and dozens of interviews with scientists, drug users, and activists in the United States and abroad.

A historian of science and medicine who focuses on addiction research, drug treatment, drug policy, and drug-using subcultures, Campbell details her findings in a new book titled OD: Naloxone and the Politics of Overdose, which will be published by MIT Press in March.

“As overdose has moved from margins to mainstream, naloxone beckons toward lives unnecessarily lost,” said Campbell, a professor and the head of the Department of Science and Technology Studies at Rensselaer Polytechnic Institute. “Nobody should die of overdose. I hope everyone will stand with me, keep calm, and carry naloxone.”

OD: Naloxone and the Politics of Overdose begins with a history of drug overdose in the 20th century. Campbell then charts the emergence of a drug once reserved for use in the operating room and in emergency medicine that became a tool that harm-reduction activists use on the streets.

“Overdose prevention has become the unlikely object of a social movement, powered by a miracle drug that helped shift law, policy, medicine, and science towards harm reduction,” Campbell said. “This book is about what happens when you try to use naloxone to solve what’s essentially a social problem.”

Conducting nearly 60 interviews, Campbell traveled from upstate New York to cities and towns in Massachusetts, rural New Mexico, and throughout Scotland and England. In her travels, she found similarities in the struggles faced by harm-reduction activists in their quest to simply save lives.

“Anything involving drugs is political,” Campbell said. “They are freighted with moral, spiritual, and symbolic significance. Much as we try to tame them, drugs are more than just commodities. They are technologies that say something about our bodies and ourselves — and our societies. If we use an antidepressant or an anti-anxiety medication as prescribed, we are considered compliant. If we use heroin, we are automatically positioned as anti-social.”

Campbell has also written Using Women: Gender, Drug Policy, and Social Justice and Discovering Addiction: The Science and Politics of Substance Abuse Research, and is the co-author of The Narcotic Farm: The Rise and Fall of America’s First Prison for Drug Addicts and Gendering Addiction: The Politics of Drug Treatment in a Neurochemical World.