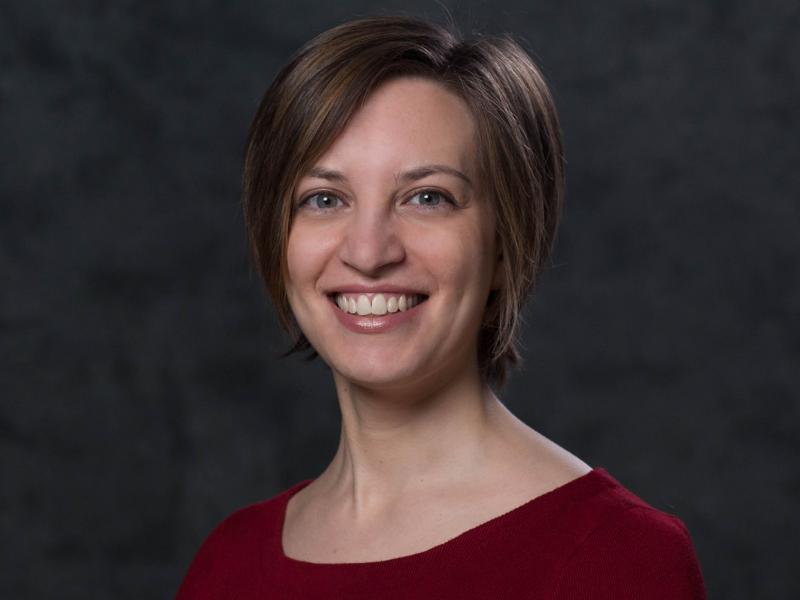 Medical Imaging Expert Ge Wang Honored by International Society for Optics and Photonics
Organic Materials in Martian Meteorite Formed by Interactions Between Water and Rock
Rensselaer Scholars To Build and Test Prototype To Monitor Water Quality for Nitrogen
Cryptocurrency is volatile, yes. But is it just a trend, or here to stay?
Rensselaer Student Awarded Computing Scholarship
March 9, 2020

As a candidate for the qubits — the basic units of quantum information — in quantum computers, photons have one major advantage over the electrons used in all current devices. Unlike electrons, photons, the smallest possible quantity of light, do not easily interact with their surroundings. So, unlike its electron-based counterpart, a photonic quantum device would not need to be cooled to nearly absolute zero to limit unwanted interactions. But such a device does not exist — yet.

To advance the field of photonic quantum devices, physicist Esther Wertz has been awarded a National Science Foundation Faculty Early Career Development Program (CAREER) award to investigate nanometer-scale metal structures that will control light at the quantum limit, one photon at a time. Her work will contribute to the creation of a single photon transistor.

"I’m interested in understanding how quantum states — either single photons or qubits — interact with components of what, in the future, might be a photonic quantum circuit,” said Wertz, an assistant professor of physics, applied physics, and astronomy at Rensselaer Polytechnic Institute. “My work is aimed at manipulating quantum states without destroying superposition.”

Quantum computers exploit quantum-specific properties of particles, such as superposition and entanglement, giving them an exponential advantage over classical computers. But to harness these properties in a photonic quantum circuit, we must be able to electromagnetically hold and release a photon, much as a classical transistor holds and releases a current of electrons.

A photon can be held in a device known as an optical cavity, and Wertz is interested in exploring a type of optical cavity which relies on plasmonic nanoparticles or “plasmons,” quasiparticles arising from the collective motion of electrons on the surface of a metal.

“Plasmonic nanoparticles can confine light to very small volumes, smaller than the diffraction limit of light, and because the plasmons can confine the field to much smaller volumes than other cavities, you can get very strong interactions between light and matter within them,” Wertz said.

Within the plasmonic cavity, Wertz will place a single emitter, a material capable of emitting and absorbing one photon.

Under highly specific conditions, it is possible for the photon to be alternately absorbed and re-emitted, a reversible exchange of energy that gives rise to a half-light half-matter particle called a polariton.

To understand how the structure of the cavity and the position of the emitter influence the efficiency with which the emitter may send out photons, Wertz will use plasmonic optical trapping to create a cavity into which she can repeatedly place and remove the single emitter within the gap, testing different positions and outcomes.

To investigate the physics of the emitter as coupled with the nanocavity, she will use a combination of single-molecule super-resolution imaging and fluorescence lifetime imaging, developing techniques specific to her application as part of her research.

“Winning a CAREER award is an honor that recognizes both a researcher’s vision and her ability to realize that vision. It is no surprise that Esther Wertz has been chosen for this honor,” said Curt Breneman, dean of the School of Science. “Esther’s work involves a systematic approach to controlling photons that is certain to advance the frontier of photonic quantum transistor research. We congratulate her and are proud to have her as a colleague.”