Women in IT More Likely To Be Promoted Than Men, Study Finds 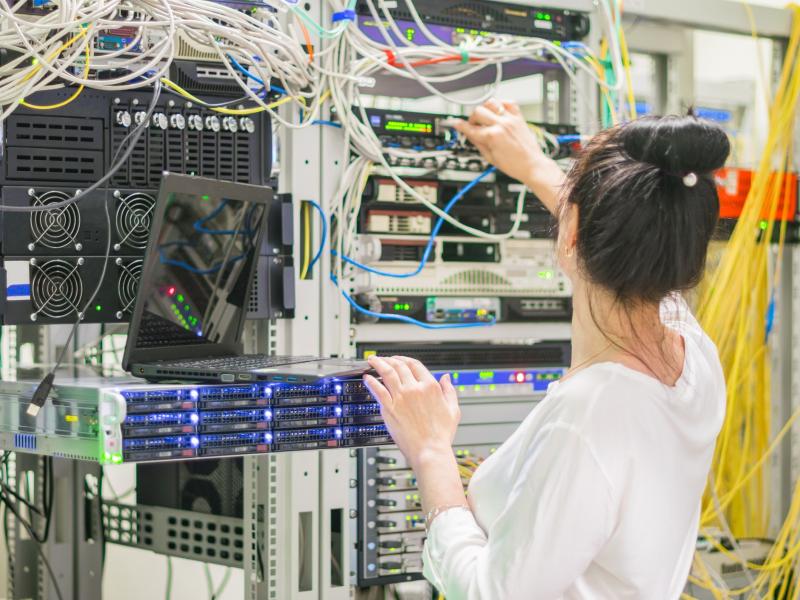 Jarah Moesch Curates Art Exhibition in Toronto
Organic Materials in Martian Meteorite Formed by Interactions Between Water and Rock
Rensselaer Scholars To Build and Test Prototype To Monitor Water Quality for Nitrogen
Cryptocurrency is volatile, yes. But is it just a trend, or here to stay?
Akila Udage Recognized by Department of Energy
April 29, 2020

Women in IT More Likely To Be Promoted Than Men, Study Finds

Surprising findings might be less positive than they initially seem

Women are underrepresented in leadership positions throughout the information technology industry. While more and more women are earning degrees in science, technology, engineering, and math — or STEM — fields, they don’t necessarily pursue careers in IT, because they don’t see opportunities for growth.

New research from the Lally School of Management at Rensselaer Polytechnic Institute published in Information Systems Research examines how gender affects the likelihood of promotions in the context of the IT industry.

Using a five-year dataset of the promotions, demographics, performance, and training records of more than 7,000 employees at a leading IT services firm in India, Nishtha Langer, an assistant professor of business analytics at Rensselaer, determined that gender is a strong predictor of promotion.

“Contrary to our theoretical expectations, we find that women were more likely to be promoted,” Langer said.

Little prior research has examined archival data to understand the interplay of gender, performance, and training affects promotions in the IT industry to this extent. Even as IT firms embrace fairer organizational policies and egalitarian work environments, the study finds that that subtle discrimination against women in IT continues to exist. However, the study also points out effective strategies women in IT can use to forge ahead in their chosen career paths.

Langer conjectures that women are likely promoted more often because they are considered more helpful and trustworthy compared to men, and because — as a result of disparities in pay — they are often a lower-cost option.

However, when it comes to promotions based solely on performance improvements, Langer said her findings were less encouraging for women.

“Beyond all this good news for women in IT, men continue to show a higher likelihood of promotion from performance improvements,” Langer said. “So, to me, that speaks to a more subtle form of discrimination compared to more overt forms of discrimination.”

A more effective tool for women to signal their preparedness for promotion, Langer said, is to take training courses. They are more likely to be promoted than men who take the same training. According to the research, women may be more opportunistic when it comes to enrolling for courses that ensure faster promotions. They may also be more adept at translating knowledge gains into promotability.

Although Langer’s study focuses on IT labor markets, she said her findings are generalizable to women in other male-dominated industries, particularly those in STEM areas.