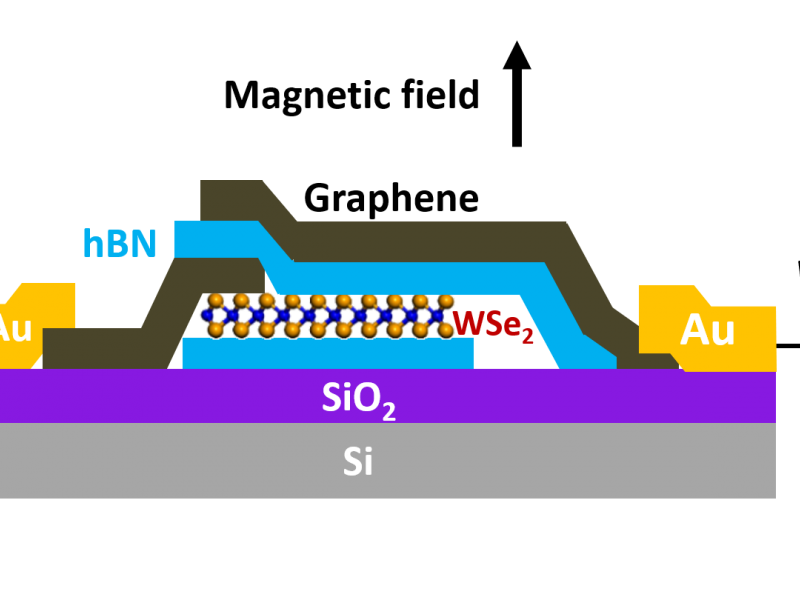 TROY, N.Y. — Hidden within countless materials are valuable properties that will enable the next generation of technologies, like quantum computing and improved solar cells.

At Rensselaer Polytechnic Institute, researchers working at the intersection of materials science, chemical engineering, and physics are uncovering new and innovative ways to unlock those promising and useful abilities using light, temperature, pressure, or magnetic fields.

The groundbreaking discovery of an optical version of quantum hall effect (QHE), published today in Physical Review X, demonstrates the leadership of Rensselaer in this vital research field.

QHE is a difference in mechanical voltage that is created when a two-dimensional semiconductor is placed in a large magnetic field. The magnetic field causes electrons to move in such a way that current no longer flows through the entire semiconductor, only on the edges.

The phenomenon has been a significant area of study, leading to several Nobel prizes and numerous technology innovations. What is less understood, said Sufei Shi, an assistant professor of chemical and biological engineering at Rensselaer, is the quantization of excitons — a promising particle found within transitional metal dichalcogenides (TMDs) that is formed when light hits a semiconductor and a positively charged particle bonds with a negatively charged particle. The strong bond that unites those two particles holds a significant amount of energy.

Shi has focused much of his research on this new frontier, understanding that the exciton has the potential to be harnessed for a multitude of applications, including quantum computing, memory storage, and even solar energy harvesting. Shi and his lab have worked on a process to fabricate extremely clean and high-quality two-dimensional semiconductors out of TMDs, so they can study their intrinsic properties. That groundwork has led to this most recent discovery.

In this research, Shi and his lab studied the exciton in the presence of a large magnetic field, inducing energy quantization known as Landau quantization — an effect that has previously been difficult to see optically.

This work demonstrates the optical version of the QHE for excitons, and Shi believes it will open the door for further discovery and application.

“Fundamentally, this is something completely new and it will greatly enhance our understanding of excitons in the quantum regime, an area we don’t really fully understand yet,” Shi said. “We hope this will inspire a lot of people to work along this direction to see new quantum physics, something we did not even expect before.”