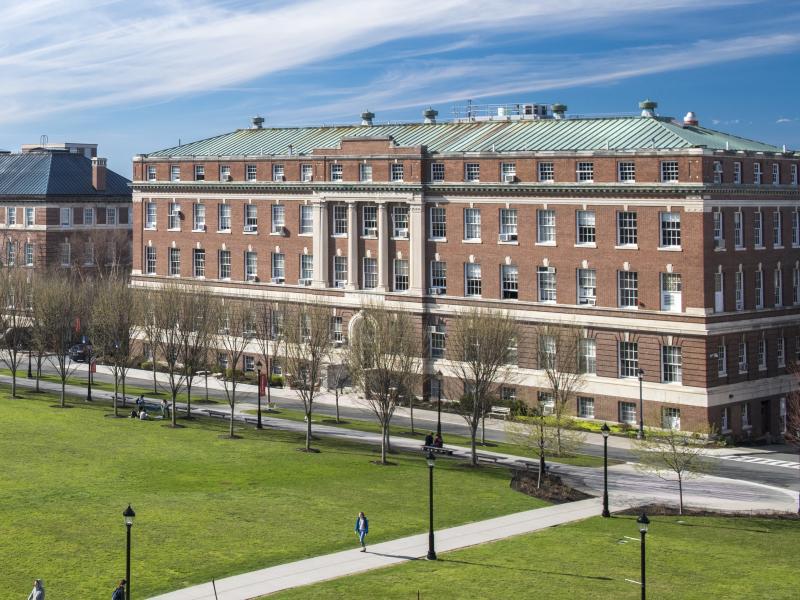 TROY, N.Y. — A team of researchers led by Sufei Shi, an assistant professor of chemical and biological engineering at Rensselaer Polytechnic Institute, has uncovered new information about the mass of individual components that make up a promising quasiparticle, known as an exciton, that could play a critical role in future applications for quantum computing, improved memory storage, and more efficient energy conversion.

Published today in Nature Communications, the team’s work brings researchers one step closer to advancing the development of semiconductor devices by deepening their understanding of an atomically thin class of materials known as transitional metal dichalcogenides (TMDCs), which have been eyed for their electronic and optical properties. Researchers still have a lot to learn about the exciton before TMDCs can successfully be used in technological devices.

Shi and his team have become leaders in that pursuit, developing and studying TMDCs, and the exciton in particular. Excitons are typically generated by energy from light and form when a negatively charged electron bonds with a positively charged hole particle.

The Rensselaer team found that within this atomically thin semiconductor material, the interaction between electrons and holes can be so strong that the two particles within an exciton can bond with a third electron or hole particle to form a trion.

In this new study, Shi’s team was able to manipulate the TMDCs material so the crystalline lattice within would vibrate, creating another type of quasiparticle known as a phonon, which will strongly interact with a trion. The researchers then placed the material within a high magnetic field, analyzed the light emitted from the TMDCs from the phonon interaction, and were able to determine the effective mass of the electron and hole individually.

Researchers previously assumed there would be symmetry in mass, but, Shi said, the Rensselaer team found these measurements were significantly different.

“We have developed a lot of knowledge about TMDCs now,” Shi said. “But in order to design an electronic or optoelectronic device, it is essential to know the effective mass of the electrons and holes. This work is one solid step toward that goal.”

This research was also led by Zhipeng Li, a postdoctoral researcher at Rensselaer, and Tianmeng Wang and Shengnan Miao, both doctoral students in chemical engineering at Rensselaer. The work was done in collaboration with a theoretical team led by Chuanwei Zhang, a professor of physics at the University of Texas at Dallas, scientists from Maglab in Tallahassee, and crystal growers from Arizona State University and Japan. This work is primarily supported by an Air Force Office of Scientific Research grant and a National Science Foundation CAREER award.