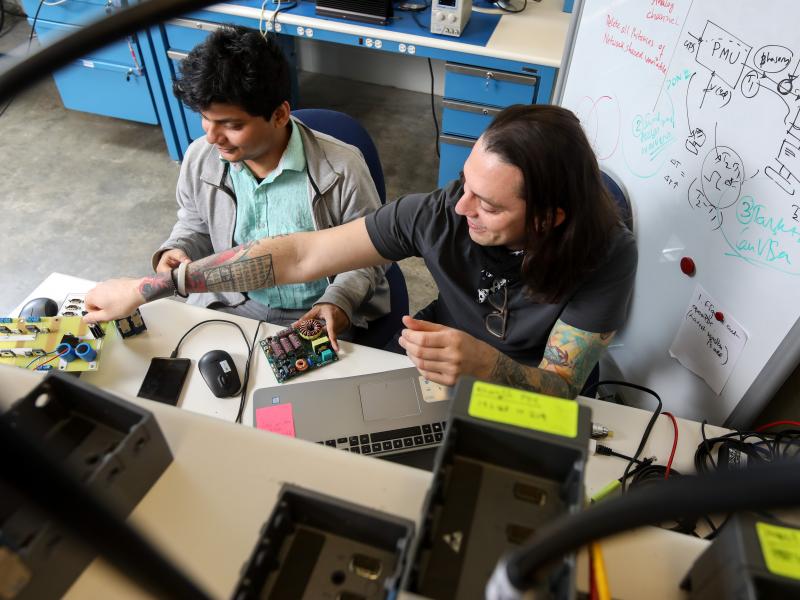 TROY, N.Y. — The state of New York has set an ambitious target of developing and implementing a 100% clean electric grid by the year 2040, with the larger goal of eventual economy-wide carbon-neutrality. New York’s “Green New Deal” will require a multitude of industry and academic research initiatives aimed at making that effort a tangible reality.

The New York State Energy Research and Development Authority (NYSERDA) recently announced the winners in its Future Grid Challenge, which was created to support the development of solutions that will help integrate renewable energy into the electric grid. Among them was a project in which a lab run by Luigi Vanfretti, an associate professor of electrical, computer, and systems engineering at Rensselaer Polytechnic Institute, will play a key role.

The expertise in electrical system modeling and simulation housed within the Analysis Laboratory for Synchrophasor and Electrical Energy Technology (ALSET) Lab enables it to help address issues at the intersection of multiple energy challenges. For this project, the ALSET Lab will work with Smarter Grid Solutions and Borrego Solar to test the integration of a smart inverter with Orange & Rockland's Advanced Distribution Management System (ADMS) to better understand smart inverter functions, control, and communications capabilities.

An inverter is the technology that converts energy from direct current as it comes out of a solar panel to alternating current, which can be used by homes and businesses plugged in to the electric grid. A smart inverter has digital and software technologies built in that allow it to communicate data in order to regulate energy flow while maintaining the requirements specified at the point of interconnection with the electricity grid. For example, if a consumer needs more electricity, the smart inverter can increase supply based on what is available, and even communicate with other inverters if additional power needs to come from another location.

Vanfretti’s lab will develop a model of Orange & Rockland’s ADMS so that researchers can simulate what happens when a smart inverter interfaces with software for distributed energy resource management created by Smarter Grid Solutions. This will allow researchers and engineers in the field, including those from Orange & Rockland, to understand control and communications capabilities and how those may affect the stability of the grid, voltage regulation, and system losses. It will also allow Borrego Solar to identify requirements that future smart inverters need to meet to harmonize with the rest of the grid.

“This is an approach that, in the electric power domain, is not common, but is very common in automotive and aerospace,” Vanfretti said. “We are trying to bring methods that can help decrease costs, but more than decrease cost, it’s really to make sure that, when you deploy that system, it will work.”

This effort will also allow for more efficient troubleshooting once the integration has started in the field.

“We will have a digital twin of the system,” Vanfretti said. “So, when they have to do the field installations, they can come work with us in the lab to replicate and solve problems they encounter in the field.”

Established in 1980, Borrego Solar Systems Inc. is a leading developer, installer, and operator of commercial solar and energy storage systems in the United States with more than half a gigawatt of installations built and nearly 900 MW under management. Borrego Solar is a leading provider nationally with offices in California, Illinois, Massachusetts and New York. The company’s mission is to solve the world's energy problems by accelerating the adoption of renewable energy. For more information, visit www.borregosolar.com.