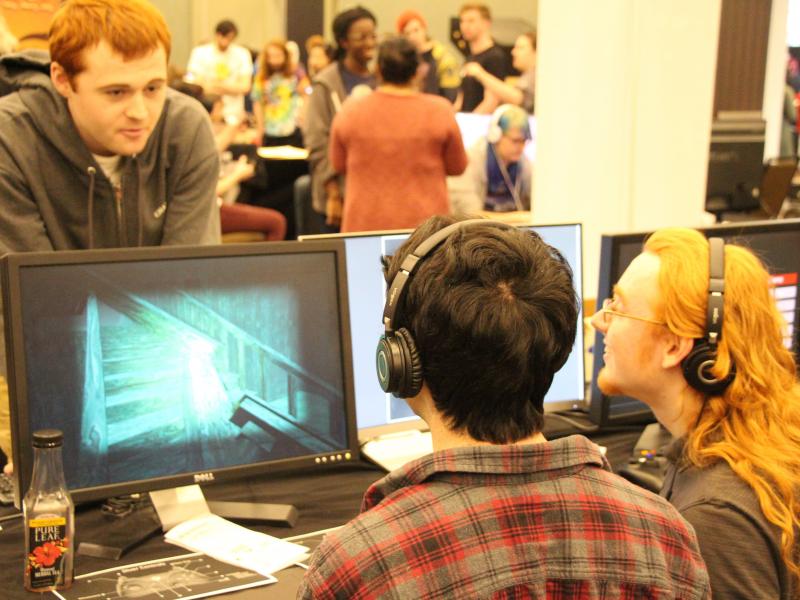 A new agreement will formalize a long-standing relationship between two pivotal players in the Capital Region gaming industry: the Games and Simulation Arts and Sciences (GSAS) program at Rensselaer Polytechnic Institute and Vicarious Visions, the prominent game development company behind popular titles like Guitar Hero, Tony Hawk, and Crash Bandicoot.

As part of the partnership, Vicarious Visions will sponsor GameFest, the student game development showcase and competition GSAS hosts each year. The memorandum of understanding also established the Vicarious Visions Pathfinder Award, an annual merit-based scholarship that will be presented to one Rensselaer student in recognition of demonstrated excellence in game development.

“We look forward to collaborating with Vicarious Visions to foster new talent and explore new opportunities to accelerate the Capital Region’s ever-growing reputation as a major gaming hub,” said Ben Chang, director of GSAS. “Vicarious Visions has been a strong supporter of GSAS since the program began, and we are grateful that this relationship continues to grow and evolve.”

“We have enjoyed a longstanding relationship with RPI since emerging from their incubator program in 1998,” said Jen Oneal, the studio head of Vicarious Visions. “Over the decades, we have partnered in many ways and acquired engineers and designers through our robust co-op program, many of whom are still working with us. We are excited to augment our partnership by committing to the new academic merit-based VV Pathfinder Award, continuing to sponsor the GSAS Gamefest, and offering additional multifaceted support.”

GSAS houses the Rensselaer Center of Excellence in Digital Game Development, a program of the Empire State Development’s Division of Science, Technology and Innovation (NYSTAR) that fosters collaboration between the academic community and business sectors in fields of strategic importance to New York’s economic competitiveness.