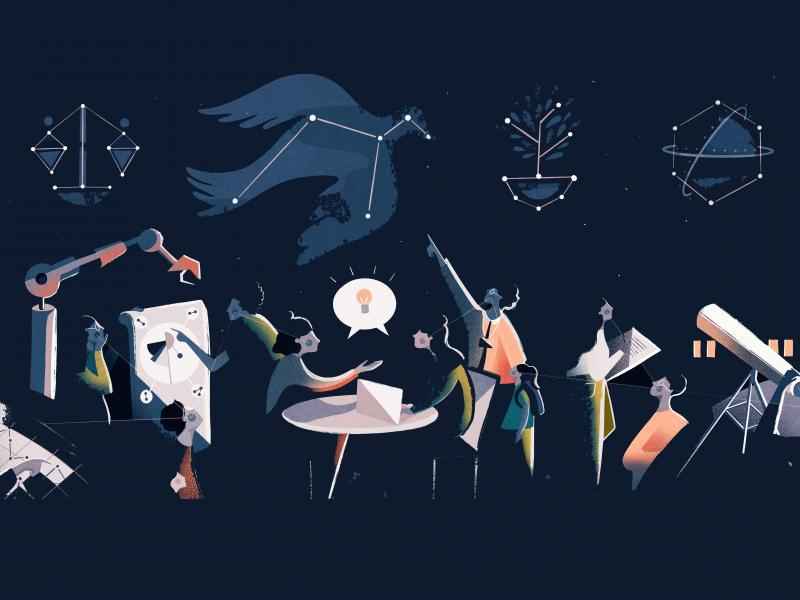 Anatomy of a Product Placement
Rensselaer Announces Institute for Data, Artificial Intelligence, and Computing
Computer Culture Emerged in Canada Through Convergence of Unique History and Governmental Policies
New Theory of Decision-Making Seeks To Explain Why Humans Don’t Make Optimal Choices
The delivery market is coming down from its pandemic highs
August 26, 2020

A new prize recognizing the work of engineers who promote social justice, human rights, peace, and environmental protection has launched with the help of two faculty members from Rensselaer Polytechnic Institute.

Daniel Lander, a lecturer in the Department of Civil and Environmental Engineering, and Brandon Costelloe-Kuehn, a lecturer in the Department of Science and Technology Studies, are part of the team behind The Constellation Prize, which celebrates individuals in the field of engineering who look beyond the technical dimensions of their work to consider the social and environmental justice impacts their work might hold.

“Engineers hold so much power,” said Lander. “We are the ones who have created the technology that makes all of the systems affording humans our advanced way of life. But engineers don’t always consider the wide-ranging consequences of what we design. What we hope to do with The Constellation Prize is to reward those who find a way to build social value into the engineering practice.”

Lander and Costelloe-Kuehn previously collaborated on “Engineering the Anthropocene,” a yearlong speaker series at Rensselaer that brought a range of experts to the Troy campus for discussions about the social and environmental impacts of human activities. The idea for The Constellation Prize grew from a conversation the two had with one of the invited speakers, Darshan Mukesh Arvinda Karwat of Arizona State University.

“I hope this prize will help students, practitioners, policy makers, teachers, activists, and others imagine other possible worlds,” Costelloe-Kuehn said, “and construct a network of engineers and collaborators where we can support each other as we strategize how to compose these worlds.”

In addition to Lander, Costelloe-Kuehn, and Karwat, the team behind the award is made up of other socially minded engineers and academics from around the country, including Katreena Thomas from Arizona State University, Mira Olson from Drexel University, and Jerry McCann from the peacetech initiative, Build Up .

The prize is currently open to engineers and their collaborators in the United States, not solely those in academia. Nominations for the inaugural prize will be accepted through September 30, 2020, and the winners will be announced later in the fall.