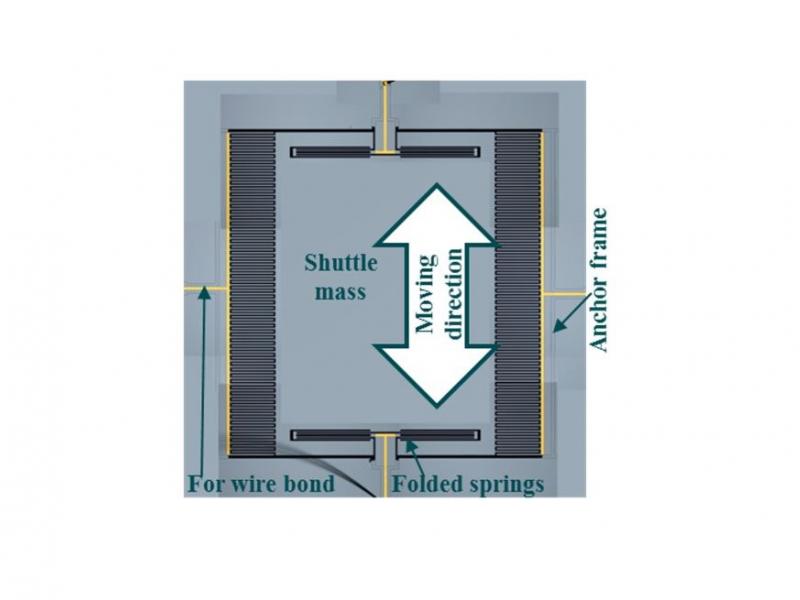 A small energy harvesting device that can transform subtle mechanical vibrations into electrical energy could be used to power wireless sensors and actuators for use in anything from temperature and occupancy monitoring in smart environments, to biosensing within the human body.

In research recently published online in the Journal of Micromechanics and Microengineering, engineers at Rensselaer Polytechnic Institute developed a predictive model for such a device, which will allow researchers to better understand and optimize its functionalities.

She was joined by John Tichy, a professor of mechanical, aerospace, and nuclear engineering at Rensselaer, and Jinglun Li, a graduate student in mechanical engineering who designed the model.

This most recent work builds upon research that Borca-Tasciuc’s lab published in the Journal of Micromechanics and Microengineering in 2016. At that time, the team created and tested an energy harvesting device made of silicon both in the lab and on a vibrating HVAC duct. The device was able to convert mechanical energy into electricity, as hoped, but at the time, the team wasn’t able to fully explain its experimental results, which exceeded expectations. This new model answers those questions and will allow the researchers to optimize the device in order to generate more power.

A key finding, Borca-Tasciuc said, was when Li realized that parts of the device deform after mechanical impact — which is triggered by vibrations. Li then created a predictive model using a series of equations that represent the dynamics of the device by modeling its mass coupled with the movement of a series of springs. These motion equations were critical to determining how vibrational motion translates to voltage. According to this paper, the predictions shown by the model were consistent with experimental results that the team previously gathered.

“This model laid a solid foundation for parametric study and helps to push the boundaries of output power through design optimization,” Li said. “The high-power device developed by our group, together with its accurate analytical model, is an advancement of energy harvesting and will enable silicon-based autonomous green power supply at a microscale in the near future.”