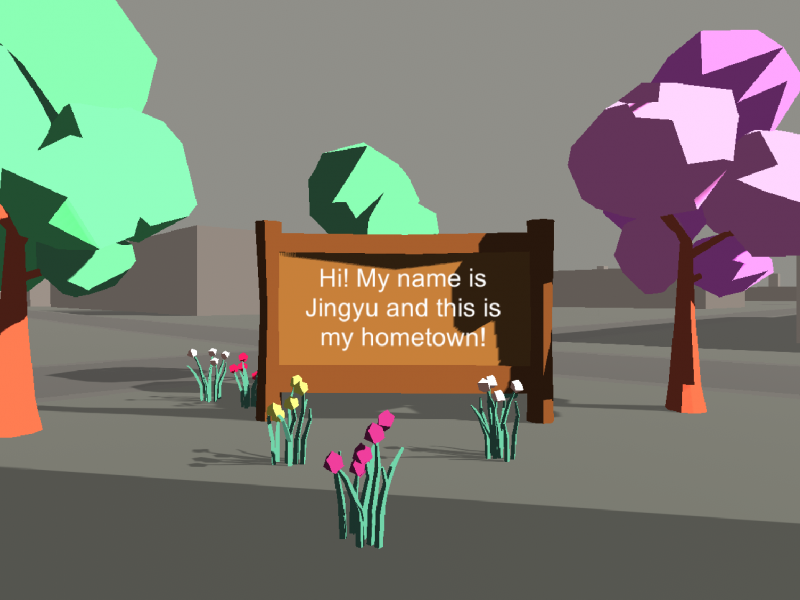 The inaugural Vicarious Visions Pathfinder Award has been awarded to Jingyu Zhuang, a dual-major senior studying game development and computer science at Rensselaer Polytechnic Institute, for — among other accomplishments — a game he created in response to the COVID-19 pandemic.

Zhuang designed Voyage when he realized that, due to the ongoing global health crisis, his parents would unlikely be able to travel to the United States to see him graduate in May 2021. Using real-time geodata from Google Maps, the game allows people to virtually meet up and travel together to any place on Earth, where they can plant virtual trees and flowers or simply explore. Zhuang used it to tour his parents around the university where he has lived and studied for the last four years for the first time.

“Jingyu’s work on Voyage, as well as his many other accomplishments, made him a worthy recipient of the inaugural Vicarious Visions Pathfinder award,” said Ben Chang, the director of the Games and Simulation Arts and Sciences (GSAS) program at Rensselaer. “He has shown an exceptional combination of creativity and innovation throughout his time at Rensselaer.”

In his time at Rensselaer, Zhuang has worked on a number of notable projects, including his game Cube Adventure, which previously won the top prize at the Albany iThrive Cooperation Game Jam.

“Winning the Vicarious Visions Pathfinder Award makes me more determined than ever to keep moving forward and dedicate myself to the field as a game developer,” Zhuang said.

GSAS houses the Rensselaer Center of Excellence in Digital Game Development, a program of Empire State Development’s Division of Science, Technology and Innovation (NYSTAR) that fosters collaboration between the academic community and business sectors in fields of strategic importance to New York’s economic competitiveness.