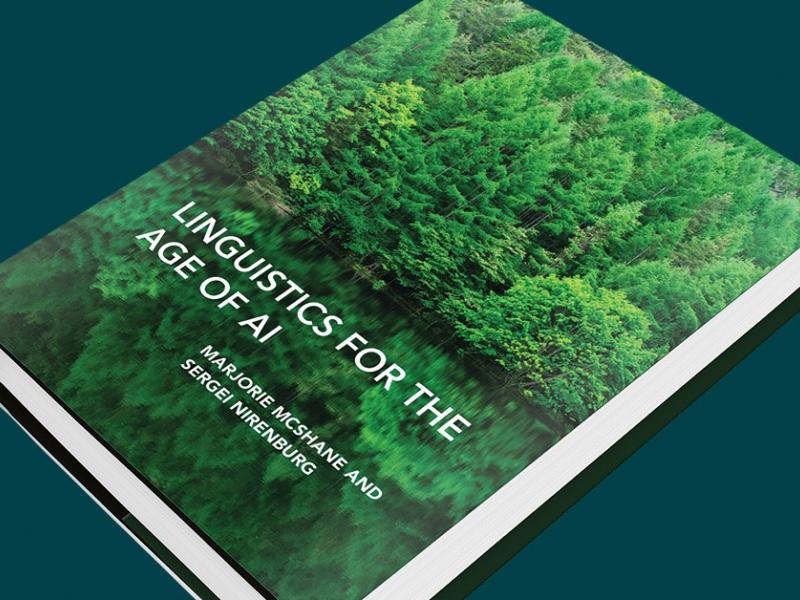 Rensselaer Offers Scientists and Engineers a New Pathway to Entrepreneurship
EMPAC is back in-person
Men in Same-Sex Couples Suffer Earnings Decline When Preventative HIV-Medicine Is Available
Stress, not laziness, is behind procrastination. Here are 3 ways to ‘retrain your brain’
Jefferson Kielwagen Opens Solo Art Show in Brazil
March 9, 2021

The original goal of human-like artificial intelligence was abandoned decades ago in favor of less ambitious approaches, two cognitive scientists argue in a new book. If that initial vision is to be realized, they say, AI systems will require a full understanding of language and meaning, the development of which remains a daunting — but doable — challenge.

In Linguistics for the Age of AI, published by MIT Press, co-authors Marjorie McShane and Sergei Nirenburg, both faculty in the Department of Cognitive Science at Rensselaer Polytechnic Institute and co-directors of the Language-Endowed Intelligent Agents Lab, present a novel approach to language processing for AI systems.

McShane and Nirenburg lay out a method that allows computers and other smart technologies to understand language and to use that ability to acquire further knowledge. Unlike current systems that favor statistical modeling and machine learning, the authors call for an approach inspired by how people operate, incorporating language understanding into an overall cognitive architecture that includes perception, reasoning, and action.

“Siri and Alexa, while being very useful, are limited to answering only the questions they have been prepared to answer,” Nirenburg said. “What we advocate requires a lot of work but, in our opinion, is absolutely necessary for creating true AI with human-level abilities to reason, learn, and reliably communicate in language.”

The book describes how an AI system can understand a large number of complex linguistic phenomena — fragmentary sentences, omitted and implied material, unknown words, metaphors, and many more — in a single, overarching process.

Specifically, the system developed by McShane and Nirenburg submits language inputs to multiple — up to six — stages of processing that offer an increasingly comprehensive interpretation. After each stage of analysis, the system decides if its interpretation of a chunk of language is “actionable,” meaning the system is prepared to proceed based on its understanding the input. According to the authors, orienting a language-endowed AI system around actionability models the human abilities to minimize effort and operate under uncertainty.

“The bottom line is that language is complicated and computers must do a lot of work to move from words to meaning,” McShane said. “Words help us to get to meaning, but you can't substitute them for their meanings, which is essentially what the statistical paradigm does.”

The book is currently available for open-access download on the MIT Press website thanks to generous funding from Arcadia, a charitable fund of Lisbet Rausing and Peter Baldwin.

McShane is the author of A Theory of Ellipsis and An Innovative, Practical Approach to Polish Inflection. Nirenburg is the author of Ontological Semantics and Knowledge-Based Machine Translation.