Co-Directors Named for Institute for Energy, the Built Environment, and Smart Systems 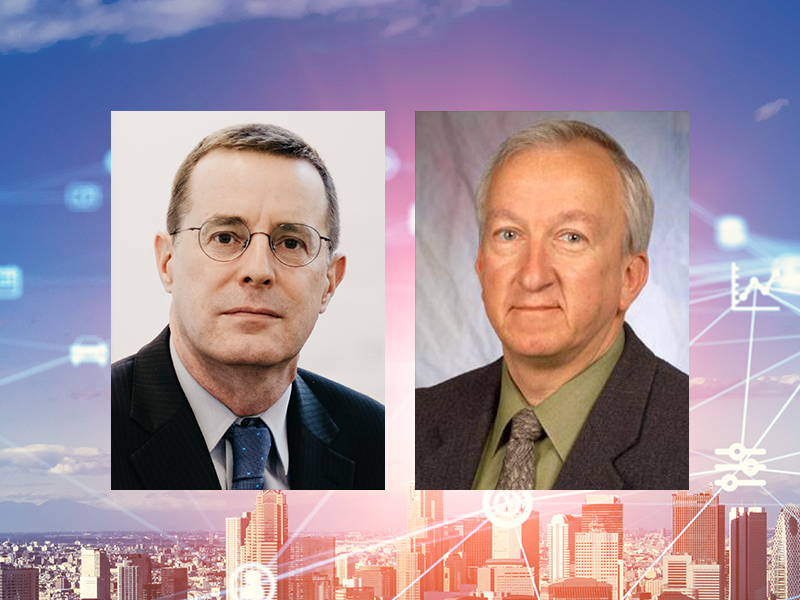 Co-Directors Named for Institute for Energy, the Built Environment, and Smart Systems

Dennis Shelden and Robert Karlicek, the heads of two prominent research centers at Rensselaer Polytechnic Institute, will serve as co-directors of the new Rensselaer Institute for Energy, the Built Environment, and Smart Systems (EBESS).

President Shirley Ann Jackson announced the launch of the new institute, which will be based in New York City, at the Leaders Summit on Climate hosted by President Biden last week. Fusing architectural design and engineering, EBESS will create sustainable infrastructure that is both net-zero and climate resilient through the use of renewable energy systems, sentient building platforms, and new materials.

“As I said at President Biden’s milestone summit, universities provide the collaborative, interdisciplinary ecosystem necessary for developing and incubating new technologies required for a net-zero world. EBESS is the ultimate manifestation of this concept.” President Jackson said. “With the proven leadership and expertise of Dennis Shelden and Robert Karlicek, this new institute will accelerate the innovation of climate-friendly environments around the globe.”

Formed in partnership with Siemens, Lutron Electronics, Brooklyn Law School, the building engineering consulting firm Thornton Tomasetti, and the international architecture firms HKS, OBMI, and Perkins&Will, EBESS will integrate research across centers and schools at Rensselaer, including the Center for Architecture Science and Ecology (CASE), which Shelden has led since last year, and the Lighting Enabled Systems & Applications (LESA) Center, where Karlicek has served as director since 2010.

“In order to address the large-scale challenges of climate change, we’re going to need to bring together capabilities across the polytechnic spectrum that Rensselaer represents,” Shelden said. “We need to cut humanity’s footprint on the environment even as our collective population grows, so we need to leverage science, technology and systems thinking to do a lot more with less.”

“Buildings still have a lot of work to do to be much more energy efficient and reduce their overall carbon footprint,” Karlicek said. “At Rensselaer, we are at the forefront of leading change in this direction. By working with others, both in academic and industry circles, we plan to drive a renaissance in the built environment in terms of how we make buildings and how we deliver services within buildings.”

Shelden, an associate professor in the Rensselaer School of Architecture, has held leadership positions in industry and academia, including work at Arup, Trimble, and Consultants’ Computation Bureau. Shelden joined the architectural practice of Frank Gehry in 1997 as director of research and development and director of computing, then co-founded the spinoff company Gehry Technologies, serving as Chief Technology Officer on the development of several software products and project executive on numerous groundbreaking building projects until the firm’s acquisition by Trimble in 2014.

Karlicek and Shelden will both be speaking this week at the Sustainable Futures Conference co-hosted by CASE, the University at Albany, and the Future of Small Cities Institute. The four-day virtual event, in the same cross-disciplinary spirit as EBESS, will bring together national experts, politicians, scholars, students, and community leaders to engage with questions surrounding the expansion of sustainability in all sectors of civic and urban community development.