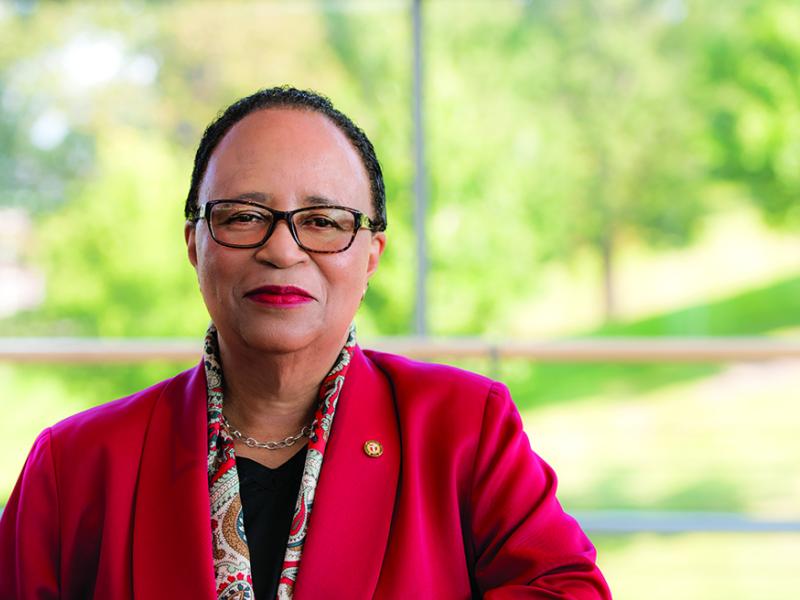 Rensselaer Polytechnic Institute President Shirley Ann Jackson has been appointed as a member of the U.S. Department of Energy Secretary of Energy Advisory Board (SEAB), an important component of the department’s strategy to improve its research and development portfolio and program activities. President Jackson was appointed to a two-year term in company with 18 fellow representatives of academic institutions, nuclear security experts, labor unions, utility companies, energy equipment manufacturers, low income consumers, and non-governmental organizations.

“DOE is laser-focused on its core missions of delivering climate change solutions, strengthening our nation’s nuclear security, and managing our agency’s environmental legacy,” said Secretary of Energy Jennifer M. Granholm. “I am enthused to welcome these stellar individuals to the SEAB. Their deep and diverse expertise will advise DOE on its core missions and will help steer our efforts to supercharge the clean energy revolution.”

The SEAB meets quarterly to advise the Secretary on how best to achieve the priorities of the Department, help identify emerging issues related to the DOE’s activities, and offer suggestions for improvements to its operation. For the first time ever, the majority of advisory board members are women.

“This is a historic and pivotal moment for our nation. DOE is playing critical roles to help create a clean energy economy with millions of well-paying jobs, elevate environmental justice, invest in fundamental science and engineering research, and keep our nation secure,” said Arun Majumdar, the first Director of the Advanced Research Projects Agency and chair of the advisory board. “The role of the Board is to help Secretary Granholm and her team succeed on all these fronts with constructive feedback and advice. We have an exceptional team of SEAB members with a diversity of domain expertise and life experience, and I very much look forward to working with them and with the Secretary and her team.”

President Jackson’s storied career began with her graduation from MIT with a Ph.D. in Theoretical Elementary Particle Physics and an S.B. in Physics. She was the first African American woman to receive a doctorate from MIT in any field. She has often applied her expertise in service to the nation, serving as Chairman of the U.S. Nuclear Regulatory Commission from 1995 to 1999 and on the President’s Council of Advisors on Science and Technology from 2009 to 2014. She was also appointed as Co-Chair of the President’s Intelligence Advisory Board in 2014 by President Barack Obama. In 2016, President Obama awarded President Jackson the National Medal of Science, the nation's highest honor for contributions in science and engineering.