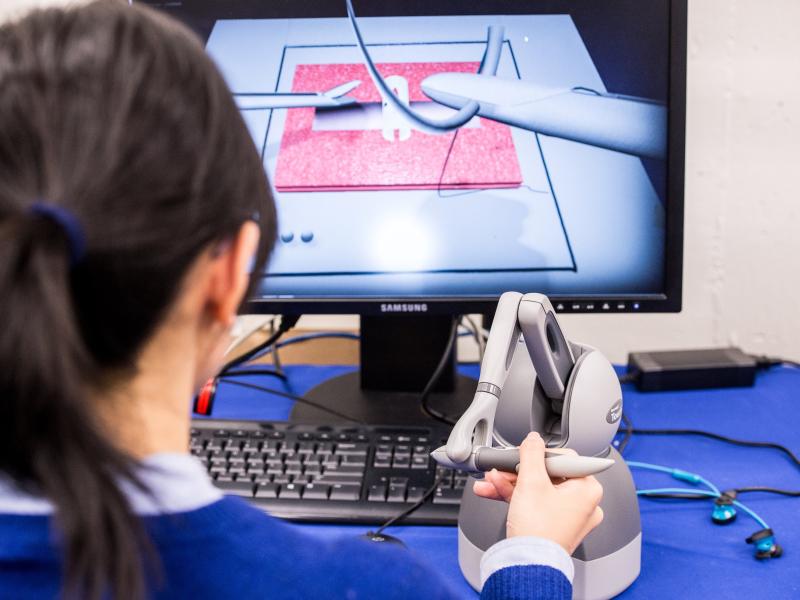 Rensselaer Polytechnic Institute has maintained its R1 Classification from the Carnegie Commission on Higher Education. The R1 designation is reserved for doctoral research universities with “very high research activity.”

The R1 Classification is based upon the total amount of research expenditures in FY20 as reported through the National Science Foundation (NSF) Higher Education Research & Development Survey, and the number of doctorates in various fields. The institutions were assigned to one of two categories based on a measure of research activity. Rensselaer is among only 147 research universities to receive the R1 distinction.

“The caliber of research at Rensselaer is unparalleled, and has been one of the foundations that has positioned the Institute as one of the world’s leading technological research universities,” said President Shirley Ann Jackson. “The research, teaching, and discovery spearheaded by our faculty, students, and graduates, is changing lives on a global scale, and the Carnegie Classification recognizes Rensselaer’s breakthrough research and impactful work in biotechnology and the life sciences; computational science and engineering; media, arts, science and technology: energy, environment, and smart systems; and nanotechnology and advanced materials.”

Since joining Rensselaer as President in 1999, Dr. Jackson has led a transformation of the university’s research, science, and pedagogy, which she has named The New Polytechnic that emphasizes and supports collaboration across disciplines, sectors, and regions to address the great global challenges of our day, using the most advanced tools and technologies, many of which are developed at Rensselaer.

About the Carnegie Classification

The Carnegie Classification has been the leading framework for recognizing and describing institutional diversity in U.S. higher education for the past four and a half decades. Starting in 1970, the Carnegie Commission on Higher Education developed a classification of colleges and universities to support its program of research and policy analysis. Derived from empirical data on colleges and universities, the Carnegie Classification was originally published in 1973, and subsequently updated in 1976, 1987, 1994, 2000, 2005, 2010, 2015, 2018, and 2021 to reflect changes among colleges and universities. This framework has been widely used in the study of higher education, both as a way to represent and control for institutional differences, and also in the design of research studies to ensure adequate representation of sampled institutions, students, or faculty.