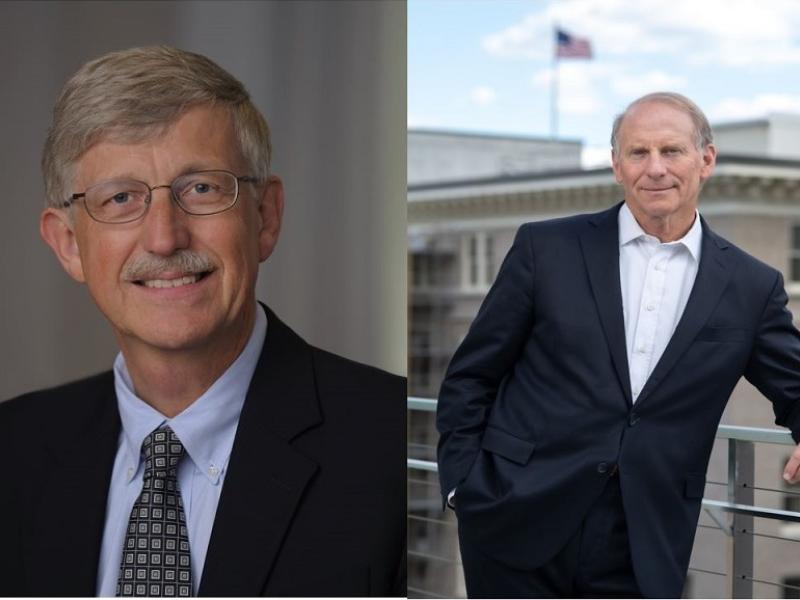 “These two distinguished leaders have transformed the worlds of science and foreign relations,” said Rensselaer President Shirley Ann Jackson. “At Rensselaer, we educate our students to address global challenges that require complex and game-changing solutions. We are proud to welcome two honorands who have worked across disciplines, and bridged divides, to successfully solve some of our world’s most perplexing problems. These leaders are the types of innovators our world needs, and they exemplify the ingenuity that Rensselaer graduates embody as multi-cultural, sophisticated leaders to tackle the urgent issues of today.”

In addition to receiving honorary degrees, Dr. Collins and Dr. Haas will join President Jackson for the President’s Commencement Colloquy on May 20, a public discussion for the Institute community that will be moderated by Dr. Jackson. The President’s Colloquy will take place in the concert hall of the Curtis R. Priem Experimental Media and Performing Arts Center (EMPAC) at 3:30 p.m.

Commencement Colloquy is a revered tradition started by President Jackson, and for the past 19 years, has served as a forum for discussions among leaders and influencers with diverse perspectives on global challenges. Past Colloquy participants have included: U.S. Supreme Court Justice Antonin Scalia, legendary jazz pianist and composer Herbie Hancock, and Dr. Anthony Fauci.

The Rensselaer Polytechnic Institute 2022 Commencement Ceremony will be held on Saturday, May 21, beginning at 8:15 a.m. in the East Campus Athletic Village.

For Additional information regarding the 216th Commencement at Rensselaer.

For Additional information regarding the 2022 President’s Commencement Colloquy.

The Commencement honorands exemplify Dr. Jackson’s vision of the “The New Polytechnic”― an emerging paradigm for higher education that envisions the university as a crossroads for collaboration across disciplines, sectors, and geographical regions, harnessing the power of modern tools and technologies to address the complex problems of the world. The New Polytechnic is transformative in the global impact of research, in its innovative pedagogy, and in the lives of students at Rensselaer.

About the 2022 Rensselaer Polytechnic Honorands

Dr. Francis S. Collins, Acting Science Advisor to President Joe Biden
In the role of Acting Science Advisor, Dr. Collins helps steer the Administration’s plans and programs to advance scientific solutions to humanity’s needs, especially for health issues. Dr. Collins is a senior investigator in the intramural program of the National Human Genome Research Institute. He previously served as the 16th Director of the National Institutes of Health (NIH). Dr. Collins is a physician-geneticist noted for his landmark discoveries of disease genes and his leadership of the international Human Genome Project. Photo is available here.

Dr. Richard N. Haass, President of the Council on Foreign Relations
Dr. Hass has served in his role as President of the Council on Foreign Relations for the past 19 years. The council is an independent, nonpartisan organization dedicated to being a resource to help people better understand the world, and foreign policy choices facing the United States and other countries. Prior to his current position, he was director of policy and planning for the U.S. Department of State, and was principal adviser to Secretary of State Colin Powell. He has served the U.S. government in a number of other capacities including with the National Security Council, the Department of State, and the Department of Defense. In 2013, he served as the chair of the multiparty negotiations in Northern Ireland that provided the foundation for the 2014 Stormont House Agreement. For his efforts to promote peace and conflict resolution, he received the 2013 Tipperary International Peace Award. Dr. Haass is a veteran diplomat, and a prominent voice on American foreign policy. Photo is available here.