Rensselaer Polytechnic Institute Class of 2022 Encouraged To Change the World 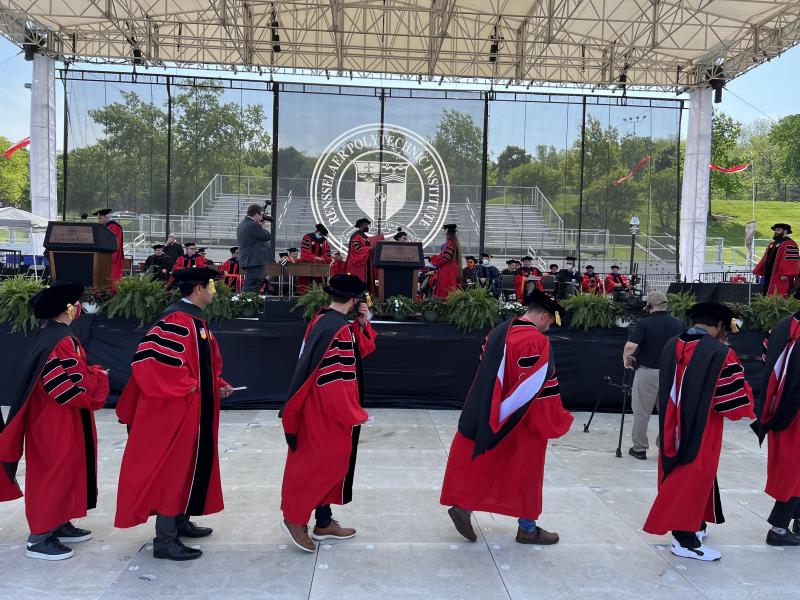 Rensselaer Polytechnic Institute Class of 2022 Encouraged To Change the World

During the 216th Commencement Ceremony at Rensselaer Polytechnic Institute, the nation’s oldest technological research university, Rensselaer President Shirley Ann Jackson addressed the Class of 2022. “I’m proud of this university, and proud of the transformation I have been privileged to lead. And I am proud of all of you.”

She urged graduates to be mindful of the lessons that life is still teaching them. “The real mark of how successful you will be in life is how well you respond to your mistakes, and what lessons you take from them,” said President Jackson. “I must impart this wisdom to you. Hardship does not build character. It reveals character.”

During the ceremony, which was held at the East Campus Athletic Village, Rensselaer awarded 119 doctoral degrees, 425 master’s degrees, and 1,519 bachelor’s degrees—to 2,033 students, some of whom earned more than one degree.

“So, as you pursue your goals and fulfill our dreams for you, please do not let ambition drive your ethics. Instead, ethics should drive your ambitions,” said President Jackson.

President Jackson ended her charge to graduates by saying, “All I really want for you, and all I’ve ever wanted for you, for your lives to be good, because that will be my real legacy.”

Dr. Francis S. Collins, Acting Science Advisor to President Joe Biden, who was awarded an honorary doctor of science degree, also addressed graduates. Collins implored graduates to “get into the arena” and use their skills to make the world a better place. “Graduates of Rensselaer, we need your help and we are counting on you,” said Collins. “This is our future as a nation, and we need everybody on deck.”

The university also awarded Dr. Richard N. Haass, President of the Council on Foreign Relations, an honorary doctor of humane letters degree. Speaking to graduates, Haass explained that given the education graduates have received, they have a special obligation to get involved in the political sphere.

“Today is called commencement, not finishment,” said Haass. “Be ready to mix your science with social science.” He also warned that if democracy is to survive, it will require “informed, active, citizens.”

Graduate student speaker Jacqueline F. Pelham, a recipient of a doctoral degree in biochemistry and biophysics, told fellow graduates not to be afraid, but be focused. “Never stop learning because the call is higher than ever before to solve the problems of the world and build a better future.”

Class of 2022 President Chevy Chen, an industrial and management engineering major, commended his fellow graduates for persevering during an unprecedented time. “We navigated online classes, online projects, and online finals, and... we persisted through that challenge, and came out stronger on the other side.”

To learn more about the Class of 2022, read commencement profiles at everydaymatters.rpi.edu

Commencement b-roll is available is here: