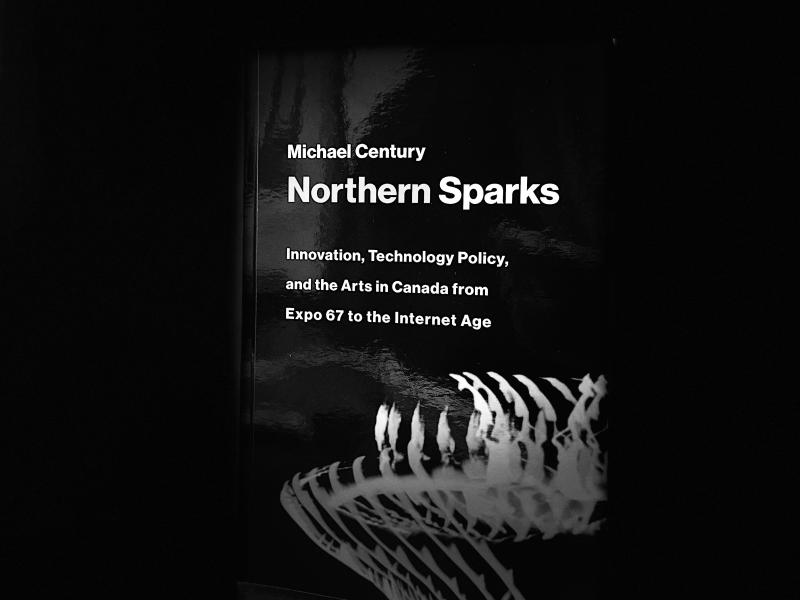 “There is a standard story about how computers developed that is centralized around Silicon Valley; this creation myth of the computer as a uniquely American cultural and social phenomenon,” said Michael Century, a professor in the Department of Arts at Rensselaer Polytechnic Institute. “That story is not wrong, but it's not the whole story.”

In his new book, Northern Sparks: Innovation, Technology Policy, and the Arts in Canada from Expo 67 to the Internet Age, Professor Century details insights and observations gained as a producer and creator of new media art and as a digital policy adviser to the Canadian government. He brings a unique perspective to the emergence of the digital age set in a specifically Canadian narrative, one that revolves around the social, technological, and political history of Canada in the late ’60s through the early ’90s.

“I had this privileged position to look deeply into the interconnections between the arts and technology,” Prof. Century said. “I started to see that the computer would become a common tool to make interdisciplinary work in the arts possible in unprecedented ways.”

He places the beginning of his narrative of Canadian digital culture at Expo 67, the transformative world’s fair in Montreal when “the nation was experiencing a palpable political reinvention alongside its centennial celebration, and artists were taking on the slippery challenge of defining what it might mean to speak of a distinctly Canadian culture.”

The creative sparks from this initial impetus set the stage for what he calls a uniquely Canadian “technological ethos,” whereby emerging technologies were collaboratively shaped and co-invented by experimental artists. Prof. Century further argues that the innovations made by artists resonated with the political consciousness of the era and were nurtured by government policies responding to a time of national modernization.

In Northern Sparks, Prof. Century uses case studies in animation, virtual reality, and software applications, among others, to illustrate how art, technology, and policy intersected in Canada in a way that is distinct to this particular era and this particular country.

He ends his analysis in the early 1990s, when the World Wide Web made the internet ubiquitous and Canadian cultural politics shifted to adjust to new globalizing pressures.

“This book gives you an in-depth experience of one of those creative moments in history when the artist, the technologist, the scholar, and the policymaker all came together around a spirit of innovation that coincided with a period of national reinvention,” Prof. Century said. “The Canadian story serves as an instructive object lesson today and for the future, across the range of its broad scope and manifold methods for mobilizing the arts, policy, and innovation.”

Northern Sparks, the first book from Prof. Century, will be published by MIT Press in June 2022.