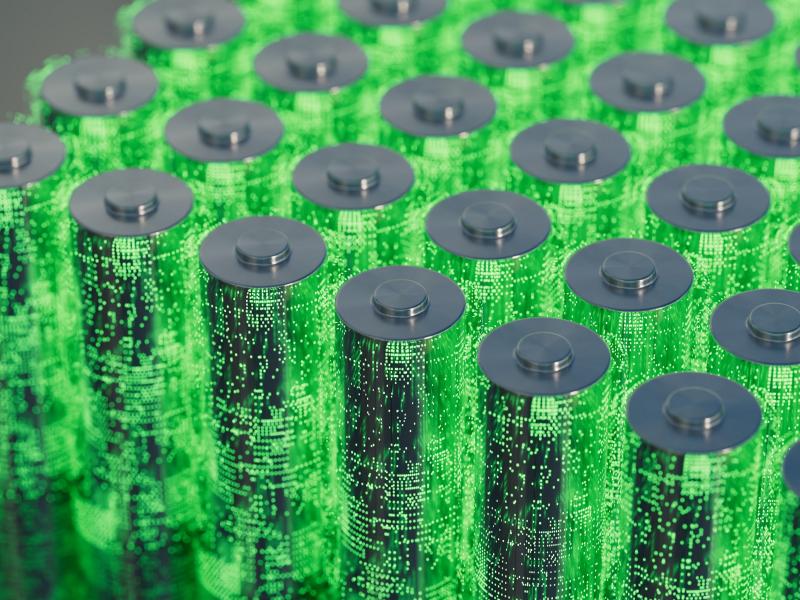 Rensselaer Researchers To Focus on Improving the Life and Efficiency of Nuclear Reactors
Prediction of Human Movement During Disasters To Allow For More Effective Emergency Response
Rensselaer Researchers Receive $350k Grant To Explore Cellular Mechanisms Linked to Cancer
Consumers Are Likely To Be Susceptible to Slick Graphic Design of Trading Platforms
Cold Temperatures Paved the Way for T. Rex
August 2, 2022

Findings could pave the way for a cost-efficient, high-performing calcium-ion battery

Concerns regarding scarcity, high prices, and safety regarding the long-term use of lithium-ion batteries has prompted a team of researchers from Rensselaer Polytechnic Institute to propose a greener, more efficient, and less expensive energy storage alternative.

In research published recently in Proceedings of the National Academy of Sciences (PNAS), corresponding author Nikhil Koratkar, the John A. Clark and Edward T. Crossan Professor of Engineering at Rensselaer, and his team, assert that calcium ions could be used as an alternative to lithium-ions in batteries because of its abundance and low cost.

“The vast majority of rechargeable battery products are based on lithium-ion technology, which is the gold standard in terms of performance,” said Dr. Koratkar.  “However, the Achilles’ heel for lithium-ion technology is cost. Lithium is a limited resource on the planet, and its price has increased drastically in recent years. We are working on an inexpensive, abundant, safe, and sustainable battery chemistry that uses calcium ions in an aqueous, water-based electrolyte.”

While the larger size and higher charge density of calcium ions relative to lithium impairs diffusion kinetics and cyclic stability, Dr. Koratkar and his team offer oxide structures containing big open spaces (heptagonal and hexagonal channels) as a prospective solution. In their work, an aqueous calcium-ion battery is demonstrated using orthorhombic and trigonal polymorphs of molybdenum vanadium oxide (MoVO) as a host for calcium ions.

“The calcium ion is divalent, and hence one ion insertion will deliver two electrons per ion during battery operation,” explains Dr. Koratkar. “This allows for a highly efficient battery with reduced mass and volume of calcium ions. However, the higher ionic charge and the larger size of calcium ions relative to lithium makes it very challenging to insert calcium ions into the battery electrodes. We overcome this problem by developing a special class of materials called molybdenum vanadium oxides that contain large hexagonal and heptagonal shaped channels or tunnels that run through the material.”

The team demonstrated that calcium ions can be rapidly inserted and extracted from the material, with these tunnels acting as “conduits” for reversible and fast ion transport and the findings indicate that MoVO provides one of the best performances reported to date for the storage of calcium ions.

“Calcium-ion batteries might one day, in the not-so-distant future, replace lithium-ion technology as the battery chemistry of choice that powers our society,” explains Dr. Koratkar. “This work can lead of a new class of high-performing calcium-based batteries that use Earth abundant and safe materials and are therefore affordable and sustainable. Such batteries could find widespread use in portable and consumer electronics, electric vehicles, as well as grid and renewable energy storage.”