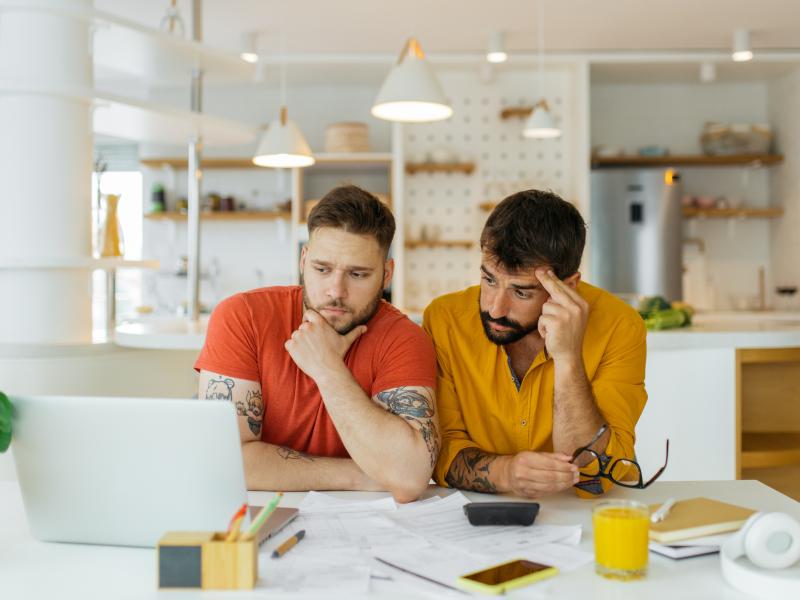 When expensive medicines that are proven to prevent HIV acquisition are available through employer-sponsored health insurance (ESI), annual earnings for men in same-sex couples decline and part-time employment increases. The labor market effects are largest for young white men, who are among those most likely to be taking HIV prevention drugs.

These are among the findings in a study published recently in Economics and Human Biology by Dr. Conor Lennon, an associate professor of economics at Rensselaer Polytechnic Institute.

“Health insurance offered by employers is the most common source of coverage among working-age adults,” Dr. Lennon said. “However, it is a benefit that carries unexpected and far-reaching impacts.”

This is because the cost for employers in the United States to provide health insurance is determined by the medical expenditures of their employees, a practice known as experience rating. Employees who use more expensive providers, procedures, and prescriptions make it more expensive for their company to offer a health insurance benefit, either via changes in premiums or via the direct costs of self-insurance, creating an incentive to hire only the healthiest workers, all else equal.

Lennon’s research examines the impact of Truvada, a Pre-Exposure Prophylaxis (PrEP) drug that effectively prevents HIV acquisition. With an average cost of over $20,000 per year, the advent of Truvada in 2012 significantly increased the expected cost of employing men who have sex with men.

Dr. Lennon used a ten-year span of data from the American Community Survey of the United States Census Bureau and a difference-in-difference empirical approach to explore the possible impact of ESI on labor market outcomes for men in same-sex couples.

He found that when PrEP drugs became available, annual earnings for men in same-sex couples who have ESI declined by $2,650 (approximately 3.9%) relative to comparable men in different-sex couples.

When focusing on those working full-time, Dr. Lennon found a larger $3,013 relative decline in earnings.

Dr. Lennon also found a 0.8 percentage point (10.7%) increase in the proportion of men in same-sex couples working part-time, defined as fewer than 30 hours per week.

There were no comparable effects for women in same-sex couples.

“ESI clearly affects workers by sexual orientation which could also help to explain some of the historical wage penalty for gay and bisexual men,” Lennon said. “Moreover, given recent Federal Drug Administration approvals of increasingly expensive pharmaceuticals – such as Aduhelm for Alzheimer’s – future work should try to estimate how the costs of new medications impact the earnings and employment of those workers likely to need access to such expensive drugs.”