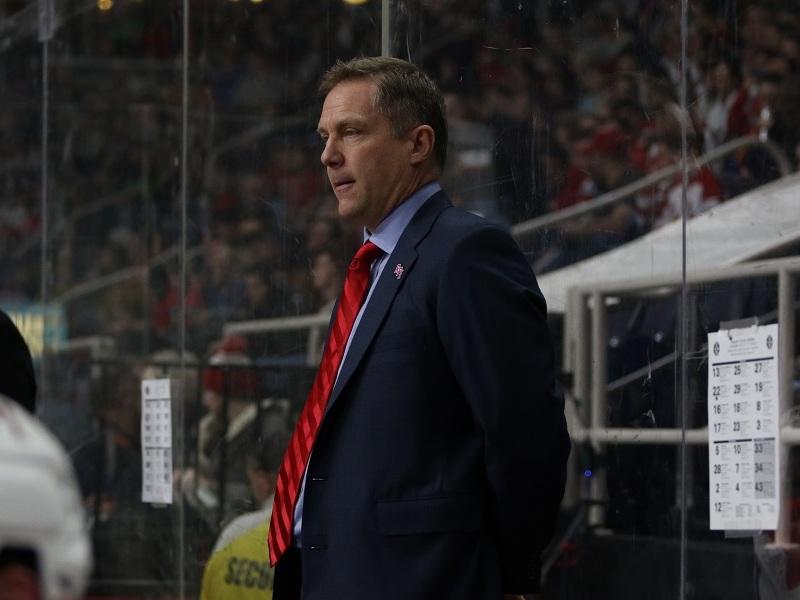 “I am excited for the future of RPI Hockey,” Smith said. “I would like to thank Dr. Schmidt and Dr. McElroy for their commitment to our hockey program. My family and I are aligned with the values of RPI and are motivated to continue building a successful program that can bring a championship back to Troy. The players have shown tremendous grit and resiliency through some challenging times. They have achieved in the classroom with a cumulative grade point average of 3.56 and I am proud that they continue to excel in all areas of being RPI student-athletes.”

“I am happy to extend Coach Dave Smith’s contract another five years,” said Rensselaer President Martin Schmidt ’81. “I’m proud of him and our dedicated student-athletes, who continue to represent the university so well both on and off the ice. We all look forward to another exciting season of Engineers hockey.”

"Dave Smith has implemented a strong foundation driven by core values that will continue to advance our men's hockey program," said Dr. Lee McElroy, Associate Vice President and Director of Athletics. "Men's hockey is a staple in the tradition and spirit of RPI, which our fans and alums greatly support."

Smith, who is entering his fifth season, has led the Engineers to increased win totals every year he has been behind the bench, culminating with 18 victories in 2021-22. The team scored its most goals under Smith (114) and advanced to the quarterfinals of the ECAC Hockey Playoffs, finishing 18-23-3 overall (10-12-0 ECAC Hockey). Individually, senior forward Ture Linden was a finalist for the league's Best Defensive Forward and Player of the Year awards, while goaltender Linden Marshall, a graduate student, was a finalist for the Hockey Coaches Association's national Derek Hines Unsung Hero Award.

The 2019-20 season featured 17 wins (17-15-2), including a victory in the annual Mayor's Cup Game in Albany. RPI's 13-8-1 conference record earned the squad a bye through the first round of the ECAC Hockey Playoffs, though the opportunity to play in the post-season was lost due to the COVID-19 pandemic. The 2020-21 season was also canceled as a result of the pandemic.

Before coming to Troy, Smith spent 12 years as the head coach at Canisius College with stints as an assistant coach at Bowling Green University and the University of Miami (Ohio) before that.

A native of Arthur, Ontario, Smith graduated from Ohio State University in 1992 with a bachelor’s degree in journalism/public relations. He was a four-year letter winner, a captain as a junior, and the team's Most Valuable Player as a senior when he led the Buckeyes with 41 assists and 63 points. Smith finished his career with 140 points to rank 14th all-time in school history. He went on to spend six seasons in professional hockey, primarily in the International Hockey League, where he was part of a 1993 Turner Cup Championship with the Fort Wayne Komets, and the American Hockey League.

Smith and his wife, Susan, have two daughters, Ellis and Kylie. Dr. Susan Smith is a lecturer in the Cognitive Science Department at Rensselaer.