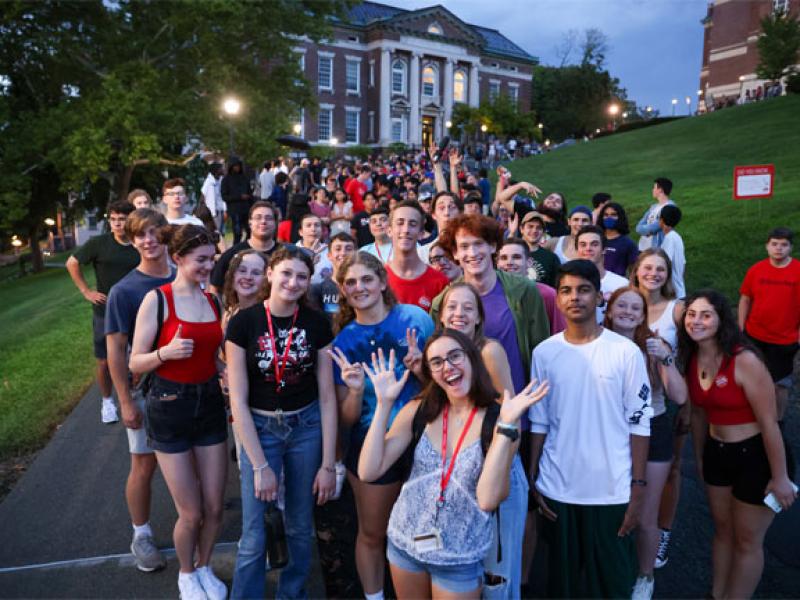 The class is the largest, most diverse, and academically accomplished in the university’s nearly 200-year history

Rensselaer Polytechnic Institute’s (RPI) incoming Class of 2026 is the largest first-year group of undergraduate students in the history of the Institute, the country’s first technological research university founded in 1824. With first-year enrollment at 2,012, the 2026 class bucks the national trend of declining college enrollment and sets the university on a strong path to academic and career success with new RPI President, Martin A. Schmidt, at the helm.

The students represent the strongest academic class in the history of Rensselaer, with 64 high school valedictorians or salutatorians, and nearly 100 students with perfect SAT critical reading, math, or ACT scores.

“We are excited to welcome Rensselaer’s Class of 2026 to the campus and to our welcoming and inclusive community,” said President Schmidt. “The class is among the world’s best and the brightest students and we expect memorable and innovative achievements from them as they strive to ‘change the world.’”

The 2026 class is one of the most diverse ever, and includes the most women in an RPI entering first-year class (29%), as well as the most underrepresented minorities (18%). The class is comprised of students from throughout the country, with 6% of the incoming class hailing from California, and nearly 10% of the class from the western regions of the U.S.

The first-year students, fueled with passion and social commitment, come to RPI from 47 states, the District of Columbia, Puerto Rico, and from 28 countries. Many incoming students volunteered to help their communities during the pandemic. Some are noted musicians, artists, and athletes having performed at Carnegie Hall, with the Boston Ballet, and qualified for the Junior Olympics. There are also four incoming Eagle Scouts and two Gold Award Girl Scouts!

Others have invented and created ideas and technologies while still in high school. One student helped build scientific and military buoys, which were deployed in the Arctic; another constructed a wind tunnel to test self-designed airfoils; another incoming freshman created an AI-based electrochemical biosensor to diagnose cancer early by accurately detecting attomolar concentrations of cancer-specific protein markers present in blood plasma.

The fall semester begins today with classes running through December 20, 2022.