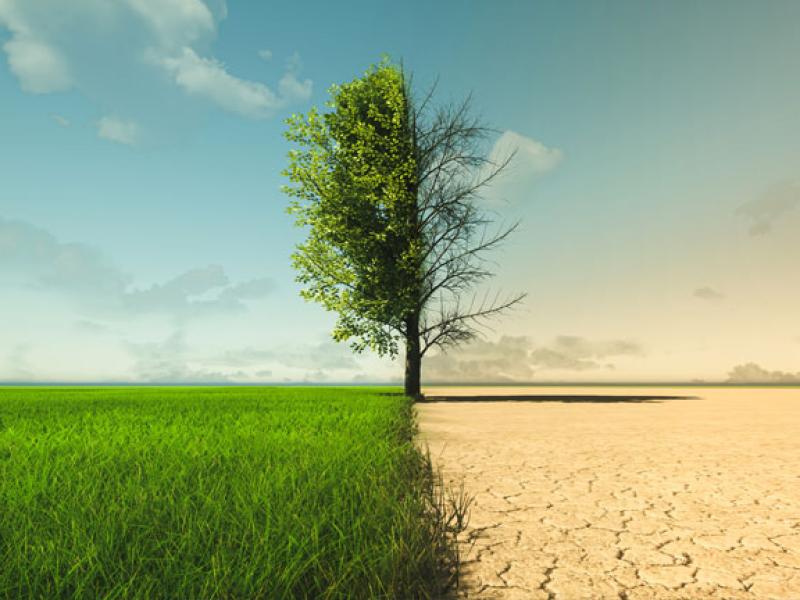 News headlines on extreme weather, melting ice caps, and threatened species are daily reminders of our changing environment. The profound scale and intensity of these challenges may leave one to wonder, “What should we do first?” Researchers recently developed formulas that help answer that question, effectively creating a method to triage declining ecosystems by measuring and comparing their distance to tipping points.

In research just published in Nature Ecology & Evolution, a team led by Jianxi Gao, assistant professor of computer science at Rensselaer Polytechnic Institute, developed equations that allow the comparison of distances to tipping points across various mutualistic systems. In other words, for the first time, diverse environments can be analyzed as to how close they are to becoming completely and, perhaps, irrevocably, changed, and they can be compared with others to determine which areas need intervention most urgently.

Gao’s team developed a general dimension reduction approach to simplify the data in complex systems, allowing accurate measurements of distances to tipping points in diverse ecosystems. The team also developed a scaling factor that positions the resilience of different systems on the same scale so they may be compared.

“With so many ecosystems struggling from the impacts of climate change, being able to convey how little time we have left to intervene before a tipping point is reached is critical,” said Curt Breneman, Dean of the Rensselaer School of Science. “Mobilization will not happen without a sense of urgency.”

Gao’s team studied 54 different environments from all over the world and analyzed the many factors that control their resilience. Species loss, invasions, human activities, and environmental changes all cause “perturbations” in an ecosystem, but its likelihood of collapse is determined by the ecosystem’s structural properties. For example, if a few trees are cut down in a thick forest, the impact on the ecosystem will be minimal because new trees will grow and the system will recover back to its previous state. However, in an area where trees are lacking, the loss of a few may make a more profound impact and the system may transition to an undesired state from which it is difficult to recover. In mathematical terms, resilience is the distance to the boundary of the attraction basin.

“For example, if one piece of attraction is the forest and the other is the savannah, the system may or may not transfer to savannah because of many factors,” Gao said. “The base of attraction refers to the region of these factors inside high-dimensional space. Where is the region of forest where if you cross the boundary, it changes to savannah? If a system remains in the boundary, it will always recover. Only when it crosses some value will it change into another state and cannot recover.”

Gao’s team believes that the method cannot only be used to determine the resilience of ecological systems, but also biological, engineering, and social systems.

“The dimension reduction approach is very general and can be applied to different types of systems,” Gao said. “It’s universal.”

The team also measured the tipping point within a supply chain network.

On an optimistic note, the team’s research is not concluding with tipping points. They are also pursuing a restoration algorithm for when systems fail.

Gao was joined in research by Huixin Zhang and Weidong Zhang of Shanghai Jiao Tong University, Qi “Ryan” Wang of Northeastern University, and Shlomo Havlin of Bar-Ilan University. Their work was supported by the NSF CAREER Award.