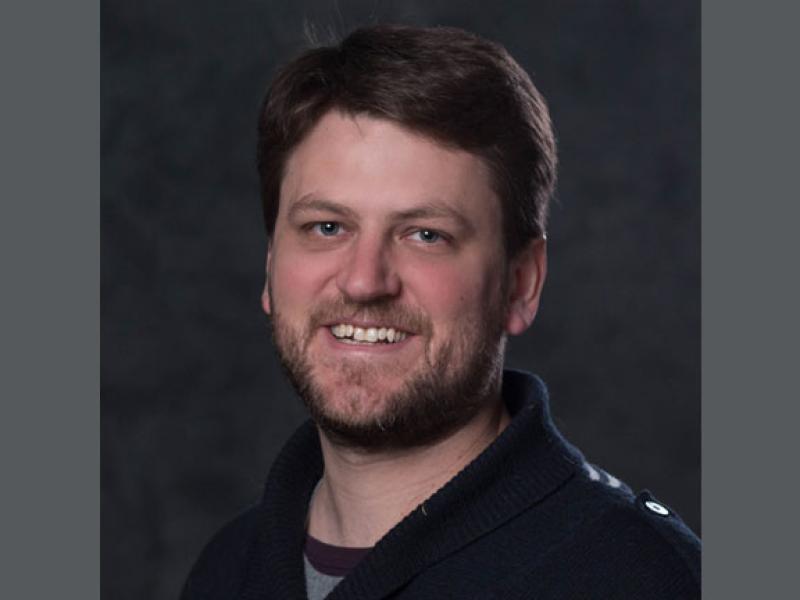 Ethan Brown is an associate professor of physics, applied physics, and astronomy

Space travel is heating up—and so are rocket fuel emissions. These companies are developing cleaner alternatives to protect earth first
Why Do Fossil Fuels Have So Much Carbon Stored in Them?
Rensselaer Creates Course Program Focused on Training in Micro and Nanofabrication Cleanroom Technology
Rensselaer Researcher Awarded NASA Space Biology Grant for Work Focused on Spaceflight Stressors
Moveable Robotic Platform Could Be the Future of Retail
September 14, 2022

It is believed to be exceedingly rare and slow, but if it actually exists, it would redefine the laws of physics: it’s called neutrinoless double beta decay (NDBD).

Rensselaer Polytechnic Institute’s Ethan Brown, associate professor of physics, applied physics, and astronomy, has received a $285,000 grant from the Department of Energy to contribute to the nEXO experiment to prove that NDBD exists. The nEXO experiment involves the collaboration of dozens of scientists and technologists from institutions around the globe.

However, almost 100 years ago, physicist Ettore Majorana hypothesized that this did not necessarily apply to particles without charge, such as the neutrino. His hypothesis is yet to be proven, but it would offer a new understanding of the universe. Since the universe is composed mostly of matter, NBDB would explain why it is not equal parts matter and antimatter.

“If neutrinos are their own antiparticle, it would explain why there was excess matter created over antimatter in the early universe, and why there’s matter left over today to create the galaxies and stars,” said Brown. “If NDBD exists, it will help us to understand the origins of the universe.”

Brown has been contributing to the nEXO experiment since 2016. The project is still in development. Once it is built, more than a mile underground at SNOLAB in Canada, it will run for 10 years. However, the half-life of NDBD is thought to be one million billion times the age of the universe!

“It’s impossible to wrap your mind around it!” said Brown. “If you had one atom that underwent NDBD, you’d have to wait for one million billion times the age of the universe to see it. To get around that, we’re using an enormous quantity of xenon-136, which has a million billion atoms. A handful of those atoms will decay in a year.”

With this grant, Brown’s goal is to characterize the dynamics of radon-doped xenon. He will use irradiated liquid xenon because a dissolved radioactive source is the best way to precisely calibrate the detector’s light and charge response. Leveraging his expertise in xenon-based detector technology, Brown will focus on determining how radon is transported in liquid xenon, the impact of xenon recirculation on radon transport, and the model’s scalability. Rensselaer graduate students and doctoral candidates will join Brown in his research.

“The results obtained from the nEXO experiment could have a huge impact on our understanding of the universe,” said Curt M. Breneman, Dean of the School of Science. “This grant will not only allow Dr. Brown to make key contributions to the nEXO project, but it will provide some outstanding opportunities for Rensselaer students to work on expanding the very boundaries of established physics.”