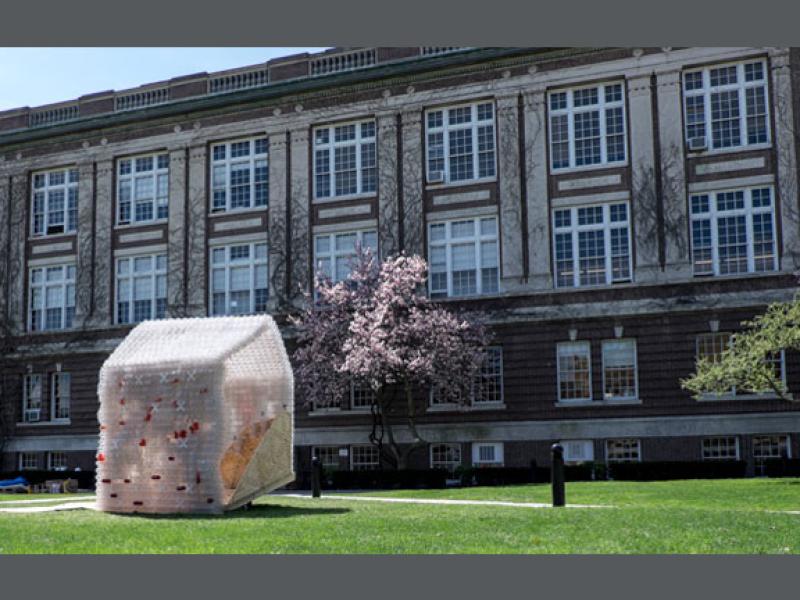 Architects from around the world will speak at the free series

The Rensselaer Polytechnic Institute School of Architecture has announced the lineup for its fall 2022 lecture series. The talks expose Rensselaer students to a diverse group of renowned architects from around the world who will speak about the current state of the field of architecture.

The school’s Bachelor of Architecture program was ranked 14th in the nation in the DesignIntelligence survey of the “Most Admired Architecture Schools.”

The talks begin at 6 p.m. and take place in the Curtis R. Priem Experimental Media and Performing Arts Center. Admission is free. Following is the speaker lineup:

Architecture in the Age of 3D Printing

Manuel Jimenez García is an architect, designer, and educator working at the intersection of architecture, product design, automation, and digital technologies. His work is part of the permanent collection of the Centre Pompidou (Paris). Garcia currently teaches at The Bartlett School of Architecture UCL (London).

Considered one of America’s most influential architects, Holl is recognized for an impressive body of built work drawing upon contemporary theories of phenomenology. Drawn toward atmospheric qualities of space and light, Holl’s cultural, civic, academic, and residential projects throughout the U.S. and abroad have elicited international acclaim. Holl teaches at Columbia University’s Graduate School of Architecture and Planning.

The Robotic Fabrication in the Architecture and the Art of Sculpture

Federico Díaz is an artist of Czech-Argentinean descent who lives and works in Prague. Díaz seeks to use media and technologies as a socio-political catalyst of social changes. His latest long-term project, Big Light, follows an ongoing series of presentations pressing topics of relationship between nature, human kind and the vision of conscious machines equipped with a highly developed AI. He has exhibited at the Mori Art Museum Tokyo,  CAFA Museum Beijing, Institute of Contemporary Arts London, Center for Art and Media Karlsruhe, Ars Electronica Linz, Massachusetts Museum of Contemporary Art, Art Basel in Miami Beach (in collaboration with MoMA PS1), the Florence Biennale, at the 54thVenice Biennale, the Brno House of Arts, and had a project with the University of Cambridge.

Shu Tiantian is the founding principal of her Bejing-based practice DnA _Design and Architecture. Her groundbreaking “Architectural Acupuncture” is a holistic approach to the social and economic revitalization of rural China and has been selected by UN Habitat as the case study of Inspiring Practice on Urban-Rural Linkages. In 2020, she was appointed an honorary fellow of the American Institute of Architects.

A Contextual Modernity:  An Afro-Minimalist Approach to Architecture

Tosin Oshinowo is a Nigerian architect, creative entrepreneur, public speaker, and author. Lagos-based Oshinowo is principal of the architecture studio CM Design Atelier and has become known for socially responsive architecture projects across Nigeria. She was recently appointed to curate the second edition of the Sharjah Architecture Triennial,  which will take place in 2023.