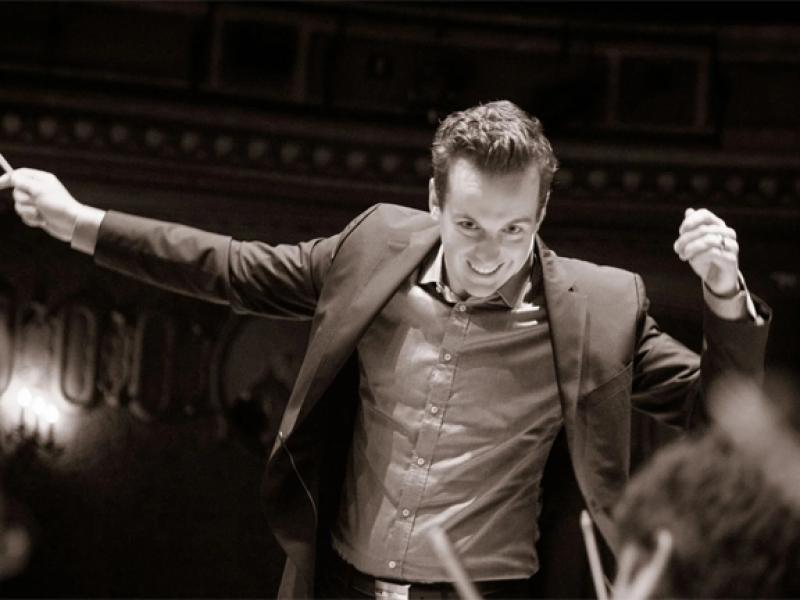 The 2022 HASS Fall Concert at Rensselaer Polytechnic Institute will take place on Saturday, Oct. 29, at 7 p.m. in the Concert Hall of the Curtis R. Priem Experimental Media and Performing Arts Center (EMPAC) on campus.

The event is free and open to the public, and seating is first come, first served.

The concert is titled “Far Past War,” after the choral work by Augusta Read Thomas, a major contemporary composer who will be present as it is performed publicly for only the second time. “Far Past War” is, in Thomas’ words, “about bringing peace through nature, both to the self and to the world.”

Throughout the program, the performers will make creative use of the concert hall’s space to create an immersive environment where all gathered can process and memorialize the events of recent years.

"In my first concert together with the Rensselaer Orchestra and Concert Choir, the program articulates the central tenets of an RPI education: intellectual agility, multicultural sophistication, and a global view,” said Robert Whalen, lecturer of music and conducting at Rensselaer. “It is this global view that empowers us to come together and heal as we celebrate our differences. It is through our music united across continents and history that we seek this connection, solace, and community."

Before the performance, Augusta Read Thomas will give a talk titled “Recombinant Music: A Composer's Inspirations from STEM.” This will be held in the concert hall at 6 p.m.