Rensselaer Board of Trustees Announces Changes 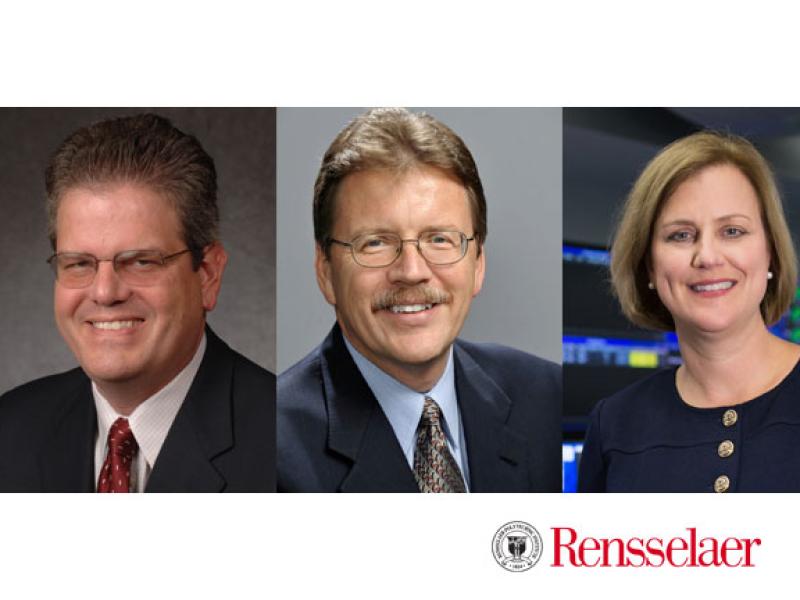 Rensselaer Board of Trustees Announces Changes

Two officers of Rensselaer Polytechnic Institute’s Board of Trustees have completed their terms. Arthur Golden ’66, board chair, and Wanda Denson-Low ’78, vice-chair, have made great contributions to Rensselaer. They helped to execute The Rensselaer Plan and The Rensselaer Plan 2024, the university’s strategic roadmaps; they were instrumental in guiding Rensselaer through the COVID-19 pandemic; and their generosity has helped to transform the Institute. Golden will now become Chairman Emeritus and Denson-Low will become Trustee Emerita.

“RPI is a very special place. I am very proud of all we have accomplished together. Although I’m stepping down as chairman, I’m honored to remain on the board and I am looking forward to seeing the amazing things Rensselaer will continue to do to change the world,” said Golden.

“I am honored to accept the position of board chair at this pivotal time in Rensselaer’s history,” Kelly said. “The entire board and I are looking forward to working closely with President Schmidt to continue to build upon the university’s successes as we approach its third century.”

Kelly has over four decades of experience innovating and leading in the information technology (IT) industry. During this time, he played numerous significant technical and business roles driving IBM's leadership in technologies ranging from semiconductors to supercomputers to artificial intelligence (AI) and Quantum Computing systems. As a champion of IBM's technical community, he kept IBM as the leader in U.S. patents for more than 28 consecutive years.

Beginning in July 2007, Kelly served as senior vice president and director of IBM Research. Under his leadership, IBM Research expanded its global footprint by adding four new labs, creating a network of approximately 3,000 scientists and technical employees across 12 laboratories in 10 countries. Most notably, Kelly and his team were responsible for advancing the science of AI and cognitive computing through his support for Watson, the groundbreaking system that defeated two standing Jeopardy! world champions in 2011. Under his leadership, IBM expanded the specialization of IBM Watson into various industries and domains including health, security, analytics, Internet of Things (IOT), and financial services.

Kelly received a B.S. degree in physics from Union College in 1976. He received an M.S. degree in physics from RPI in 1978 and a doctorate in materials engineering from RPI in 1980. He has also received three honorary doctoral degrees. He is a member of the National Academy of Engineering, a fellow of the Institute of Electrical and Electronics Engineers, and has received numerous awards from them and the technology industry. He also is a life member of the Board of Trustees for Union College. Kelly has published numerous technical papers and the book Smart Machines: IBM’s Watson and the Era of Cognitive Computing. He is a member of the Stephen Van Rensselaer Society of Patroons and has received RPI’s Presidential Lifetime Achievement Award.

Curtis Priem ’82 is the founder and former chief technical officer of NVIDIA Corp., a manufacturer of graphics and multimedia integrated circuits, and was its chief technical officer from 1993-2003. Priem joined the Board in 2003 and serves on the Academic Affairs and Research, Advancement, Audit, Governance, and Investment committees, and is Chair of the Pension Committee. He currently is Secretary of the Board.

From 1986 to January 1993, Priem was senior staff engineer at Sun Microsystem, where he architected the GX graphics products, including the world’s first single chip GUI accelerator.

From 1984-1986, Priem was a hardware engineer at GenRad Inc., a supplier of diagnostic equipment for electronic products. From 1982-1984, he was a staff engineer for Vermont Microsystems Inc., a personal computer company, where he architected IBM’s Professional Graphics Adapter, the PC industry's first graphics processor.

Priem is an inventor with approximately 200 U.S. and international patents, all of which relate to graphics and input/output systems. He holds a B.S.E.E. degree from RPI. Priem received the Albert Fox Demers Award in 2005 from the Rensselaer Alumni Association and the 2000 Entrepreneur of the Year Award, from the Severino Center. He is a member of the Stephen Van Rensselaer Society of Patroons of Rensselaer.

Linda Pitzi Jojo ’87, ’92G joined the board in 2018. She has served on the Institute Diversity Committee, is outgoing chair of the Student Life Committee, and incoming Chair of the Audit Committee.

Her career, across the diverse industries of travel, manufacturing, energy, and telecommunications, is marked by using technology to drive innovation and transformational results.

Earlier this month, Jojo was recognized by Women’s Inc as one of their Most Influential Women of 2022.  She was also named the National Diversity Council’s “Top 50 Women in Tech” in 2019, and has been named to Crain’s Chicago “Tech 50” three times.

Jojo currently serves on the Board of Exelon Corp and the Federal Reserve Bank of Chicago. She also is Chair of the Board of Trustees of the Alder Planetarium. Jojo served for seven years on the Rensselaer Alumni Association (RAA) Board of Trustees. She received the RAA Alumni Key Award in 2017 and the Albert Fox Demers Medal in 2022 and is a member of the Stephen Van Rensselaer Society of Patroons. She received a B.S. degree in computer science in 1987 and an M.S. degree in industrial and management engineering from Rensselaer in 1992.

“Arthur and Wanda’s longstanding and generous philanthropic support has helped to transform the university and I offer our deepest gratitude for all they have done,” said Rensselaer President Martin A. Schmidt. “I am also looking forward to working more closely with John, Curtis, and Linda as we continue to move the Institute forward.”