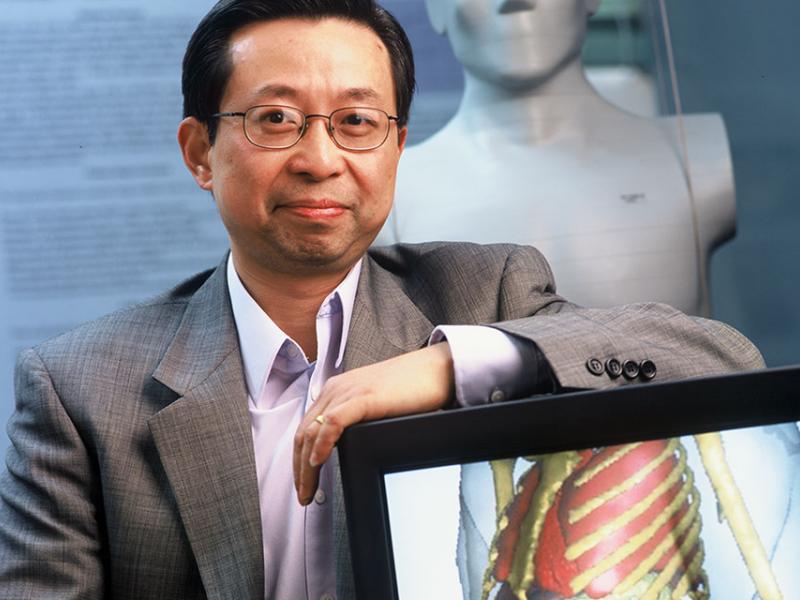 Radiation Expert Will Oversee One of the Largest, Most Established Nuclear Engineering Programs in the Nation

In this new role, Xu is responsible for overseeing student recruiting, curriculum development, research, and faculty hiring for the Nuclear Engineering Program. Additionally, he is tasked with promoting the program to external stakeholders, including alumni and alumnae, as well as seeking out new funding, development, and partnership opportunities.

“Our vision is for Rensselaer to take full advantage of the current nuclear renaissance spurred by a national focus on energy security and environmental sustainability as well as ever-stronger demand for electricity in overseas markets,” said Xu, a professor of Department of Mechanical, Aerospace, and Nuclear Engineering, with a joint appointment in the Department of Biomedical Engineering. “We are in an important time of history when global economic prosperity and sustainability rely increasingly on advanced and safe nuclear technologies. There are unprecedented opportunities for our faculty and students to make substantial contributions in areas including advanced reactor design, nuclear safety, and medical use of nuclear technologies.”

Given the global need for inexpensive and safe sources of energy, Rensselaer nuclear engineering graduates are in great demand for positions in nuclear power industry, national laboratories, medicine, or national defense, Xu said.

The Nuclear Engineering Program at Rensselaer is anchored by outstanding faculty as well as two unique, world-class research facilities. The Gaerttner Linear Accelerator (LINAC), a high-power electron linear accelerator capable of producing intense pulsed electron beams, is among the most powerful and versatile accelerators in its class. LINAC has enabled leading-edge nuclear engineering research at Rensselaer for more than 50 years. Additionally, the Walthousen Reactor Critical Facility is one of only 25 research reactors at U.S. universities, and the only low-power test reactor that uses fuel rods similar to those used in commercial power plants. Students who use the facility can gain practical experience and obtain a license from the U.S. Nuclear Regulatory Commission for reactor operation—a key differentiator for students seeking employment in the nuclear industry.

After earning his doctorate from Texas A&M University, Xu joined the Rensselaer faculty in 1995. He was named associate professor in 2001 and a full professor in 2006. The recipient of a Faculty Early Career Development Award (CAREER) from the National Science Foundation (NSF), Xu conducts research in experimental and computational methods for measuring ionizing radiation involving the human body, environment, or nuclear systems. With his students in the Radiation Measurement and Dosimetry Group at Rensselaer, he has pioneered several computational methods for calculating radiation levels in the human body from nuclear power plants and medical imaging and therapeutic devices, toward the goal of ensuring radiation safety of nuclear workers and patients.

Since 1995, Xu has graduated 14 doctoral students and 10 master’s students. A prolific researcher, Xu is an author or coauthor of more than 140 peer-reviewed journal papers, 200 conference abstracts, and 90 invited seminars and plenary presentations. In his time at Rensselaer, he has secured nearly $10 million in research funding from the NSF, National Institutes of Health, U.S. Department of Energy, National Institute of Standards and Technology, and from industry. In 2005, Xu co-founded the International Consortium of Computational Human Phantoms, playing a leading role in an emerging research field. Xu is a past president of Council on Radiation Measurements and Standards (CIRMS), an elected member of the National Council of Radiation Protection and Measurements (NCRP), and a fellow of the American Association of Physicists in Medicine (AAPM).

For more information on Xu’s research and nuclear engineering at Rensselaer, visit: