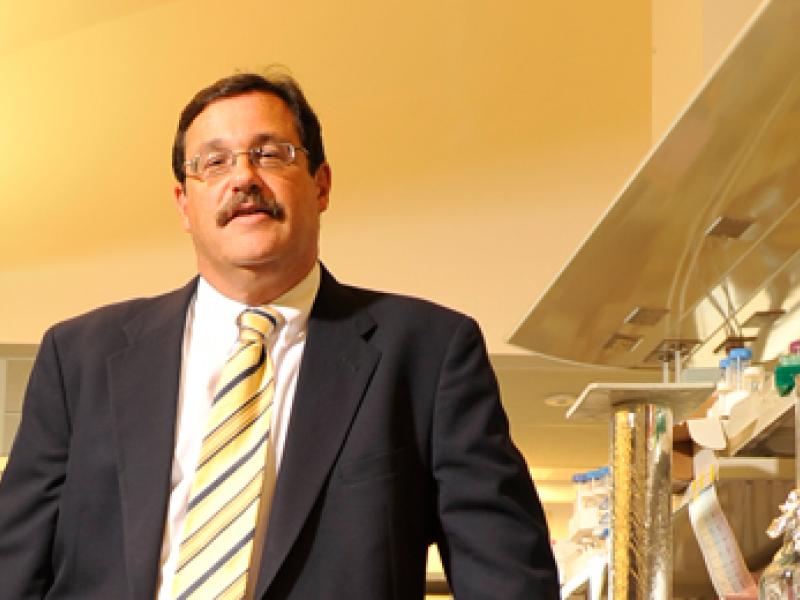 Chemicals in pharmaceutical drugs can obviously save lives. But as more and stronger chemicals have been introduced, our basic knowledge of the broader health impact of all these chemicals has not kept up with the rapid pace of innovation. There is exceptionally little information on how chemicals in our drugs and also in the environment around us, including on the food we eat, impact some of the most important cells in our body: stem cells. Without basic knowledge and tests on the impact of chemicals on our stem cells, we may be unwittingly damaging essential regenerative functions in our body.

Bioengineers at Rensselaer Polytechnic Institute and the University of California, Berkeley, have been awarded a more than $2 million grant from the National Institutes of Health (NIH) to study how chemicals in drugs and our environment impact our stem cells.

Leading the research effort for Rensselaer is Jonathan Dordick, director of the Center for Biotechnology and Interdisciplinary Studies (CBIS) and the Howard P. Isermann ’42 Professor of Chemical and Biological Engineering. Dordick is co-principal investigator on the grant with David Schaffer, professor of chemical and biomolecular engineering and co-director of the Berkeley Stem Cell Center at the University of California, Berkeley.

The researchers hypothesize that stem cells, which are essential for the replacement of dead and damaged tissues in the body, react in fundamentally different ways to chemicals than other cells in the body. The grant will allow them to study the impacts of known chemical compounds on adult stem cells, providing the most substantive information to date on how many of the chemicals used every day around the world in drugs, pesticides, and other products impact stem cells. The work also will seek to develop a new predictive safety screening tool that manufacturers can use to test the toxicity of new chemical compounds on stem cells before their drug or other product reaches the market. The test will be done without the use of animals and at speeds far faster than current tests.

“When you look at the toxicity of drugs or other chemicals in our environment, you want to understand the response that all the different cells in the body have to that compound,” Dordick said. “Most current toxicity screens used by manufacturers focus on a narrow range of cell types. Stem cells typically have not been included, although there is now a rapidly growing interest in the pharmaceutical industry in using such cells. This greatly limits our understanding of what a new drug or chemical will have on the body. Vast amounts of money are wasted on the failed development process and, more importantly, people’s health could be unknowingly put at risk.”

Dordick notes that this paradigm may be proving a reality in the case of many cancer drugs.

“Chemotherapy is pretty effective at killing cancer cells, but it also damages other cell types in the process,” he said. “In fact, when some of these treatments are complete, the ability of certain organs to regenerate is compromised, which may be due to selective damage to such organs’ stem cells. With this grant, we hope to better understand this to help weigh the pros and cons of different treatments.”

To perform the research, the team will utilize what is known as lab-on-a-chip technology. The technology allows for the swift testing of thousands of different chemicals on the surface of one simple, small chip. The chip used in the work is similar in appearance to a traditional glass microscope slide. Its specialized surface includes hundreds of microscale spots of stem cell cultures. Different chemicals can then be added to each of these culture spots. The stem cells will then be analyzed for their reaction. In this manner, hundreds of different chemicals, including drugs and drug combinations, can be tested on a single chip. The technology also eliminates the need for animals in the toxicology testing. The stem cells used in the study are human adult neural stem cells and adult mesenchymal stem cells (which are grown in our connective tissue). The work will provide a baseline of fundamental knowledge on how stem cells are impacted by the chemicals around us.

The ultimate goal of the research is to develop a high-throughput and inexpensive system that manufacturers can use to quickly screen thousands of chemicals for their effects on stem cells, according to Dordick.

“One of the goals would be that we would add a stem cell screening component to the safety testing of a pharmaceutical candidate or to the assessment of the health effect of a chemical in the environment, say on our food,” he said. “This would give us a much broader understanding of how the human body will respond to these chemical compounds.”

The work is an extension of Dordick’s previous work conducted in a long-standing collaboration with Douglas Clark, the Warren and Katharine Schlinger Distinguished Professor and Chair, Department of Chemical and Biomolecular Engineering at the University of California, Berkeley. He is co-investigator in the current project, to develop inexpensive high-throughput toxicology tests and reduce the use of animals in such testing. Information on their previous research can be found here.

The grant is over a four-year period. Dordick, Schaffer, and Clark will be joined in the research by Robert Linhardt, Ann and John H. Broadbent Jr. ’59 Senior Constellation Professor of Biocatalysis and Metabolic Engineering at Rensselaer.