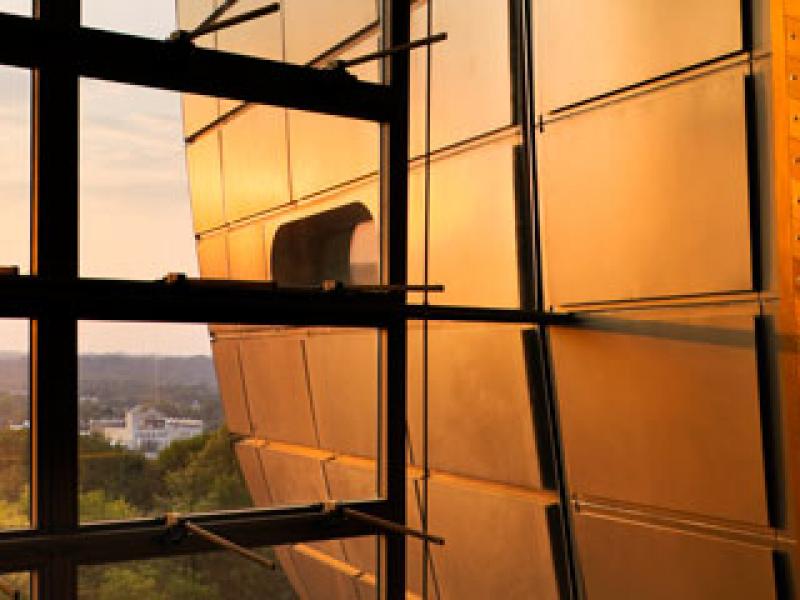 Ascani joins EMPAC from the Manhattan School of Music, and is a musician, educator, and curator focused on exploring the sonic unknown.

“EMPAC is an extraordinary place with some of the most acoustically pristine performance spaces I’ve ever heard,” said Ascani. “I look forward to bringing the most outstanding music and sound I can to Rensselaer. I’m honored to be part of the amazing team EMPAC has assembled.”

Ascani has been an active creator of new works, engaging in every step from conception and development to presentation and documentation. Prior to joining EMPAC, he performed internationally as both a soloist and chamber musician on the saxophone. He has lectured at conservatories and universities on topics such as experimental compositional techniques and new music performance practice.

The dance and theater curator position is currently open, with an international search under way.

Ascani’s appointment follows the departure of founding EMPAC music curator Micah Silver. Under Silver, the EMPAC music program evolved into a stellar series of adventurous events and new productions. Highlights of his tenure include a multi-channel sound work with and for the late Maryanne Amacher, a revelatory real-time 3-D performance with the Open Ended Group, and Sean Griffin’s spectacular collision of music and theater, among many others. To cap off his tenure as music curator, Silver presented his final EMPAC commission with the incomparable Francis Farewell Starlight on Oct. 28, 2011.