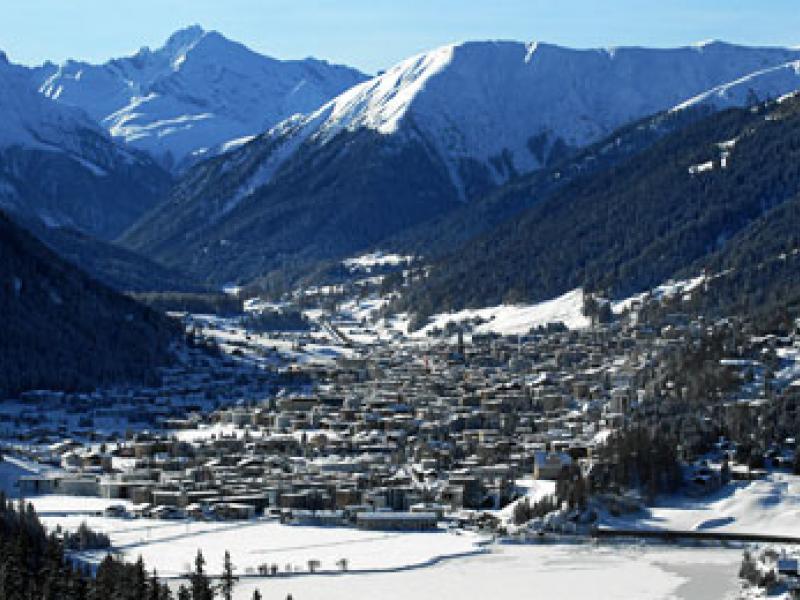 Rensselaer Polytechnic Institute President Shirley Ann Jackson and three top researchers from the Institute have been invited to deliver an “Ideas Lab” presentation at the World Economic Forum Jan. 25-29 in Davos, Switzerland.

They will give a presentation at 9 a.m. local time Jan. 27, entitled “Concept to Commerce With Rensselaer Polytechnic Institute.” The presentation will explain how the transformation of Rensselaer has fueled development of ideas that move from the laboratory into commercial applications, leading to technological and other advances that improve our lives.

The 2012 World Economic Forum, titled “The Great Transformation: Shaping New Models,” will focus on global risks. The annual event is staged by an independent international organization committed to improving the state of the world by engaging business, political, academic, and other leaders of society to shape global, regional, and industry agendas.

President Jackson, the 18th president of Rensselaer and professor of physics and engineering sciences, will be joined by the following Institute researchers for the Davos presentation:

The primary focus of the presentation will be on the decade-long transformation of Rensselaer, under the comprehensive Rensselaer Plan, into a fully realized national research university that has enabled path-breaking research in many areas, including biotechnology, nanotechnology, and social cognitive network science.

Under President Jackson’s leadership since 1999, the foundation for groundbreaking research at Rensselaer has been aided by a transformation that has focused on new research directions and the innovative approach of research constellations, which are multidisciplinary teams of senior faculty, early career faculty, and graduate and undergraduate students. Jackson will explain in her presentation that the underpinnings for this dramatic transformation were built on a historic list of scientific and engineering achievements by Rensselaer graduates. These include the engineering of the Brooklyn Bridge, development of the first cathode ray tube, building the first computer microprocessor, and creation of the Internet protocol for e-mail.

Dordick will focus on the integration of the wonders of nature with nanotechnology, leading to biotechnology advances that ultimately will help society by leading to longer, healthier lives and enhanced productivity. In particular, he will focus on scientific achievements of his research, including creating a new type of coating, or paint, capable of killing deadly MRSA bacteria on contact.

Siegel will highlight the critical role nanotechnology has played in products that help us in daily life—ranging from sunscreens to medical prostheses—as well as the promise that nanotechnology and biotechnology research holds for the future of materials systems. Part of the challenge of this future, Siegel says, is finding new ways to better educate the public about the world around them while continuing to accelerate the scientific research that will lead to molecular-level discoveries that will have a serious impact on our macroscopic world.

Szymanski will describe some of the early ground-breaking research that has emerged from labs in the Social Cognitive Research Academic Center. He and his fellow researchers and students study new technology-based social networks, where people represent nodes and technology ranging from the World Wide Web to social media enables the massive extension and growth of these networks. His research, for example, has broadened understanding of how opinions and movements gather momentum once 10 percent of a group advocates an idea or position.

For more information on the World Economic Forum, visit: http://www.weforum.org.

Rensselaer presentation on the WEF agenda:

From Concept to Commerce with Rensselaer Polytechnic Institute

How can the synergy of nature and nanotechnology transform industries and impact society?

Join the IdeasLab to discover and debate:

Idea 1: The constellation approach for discovery and innovation

Idea 2: The integration of nature and nanotechnology to create safe and responsive materials

Idea 3: The role of social networks in influencing commercialization

Idea 4: The convergence of smart and adaptive nanosystems