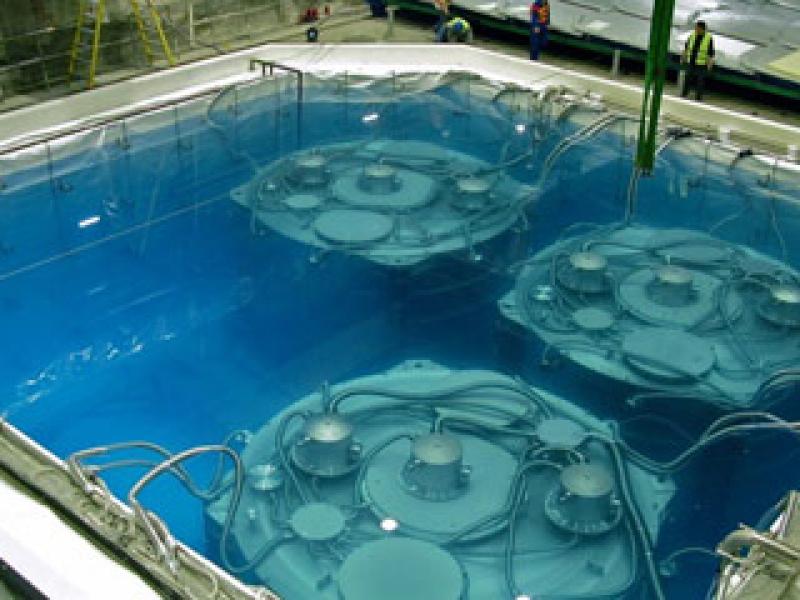 Rensselaer researchers were involved in the design, procurement, installation, and operation of the water purification system that feeds all three experimental halls involved in the project.

There appears to be more matter than antimatter in the universe. This is exceptionally great news for humanity because without this asymmetry, all the matter in the universe, including us, would literally be eaten up. The laws of physics currently state that matter and antimatter were created in equal amounts in the Big Bang. So what happened to prevent the complete annihilation of matter by antimatter? If matter can neither be created nor destroyed, what accounts for the apparent loss of antimatter?

The massive and collaborative Daya Bay Reactor Neutrino Experiment is seeking to answer these questions. The international research team, which includes a Rensselaer research group led by Professor of Physics, Applied Physics, and Astronomy at Rensselaer James (Jim) Napolitano, has released the first research results from the experiment. They have proven how an important component of matter called neutrinos can appear to vanish as they travel. The results pave the way for understanding why less antimatter appears to exist in the universe.

“This result puts an end to hints and speculations as the actual size of what is known as the ‘third’ mixing angle in the neutrino sector, setting the stage for future experimentation on the nature of neutrinos and its implications for the origin of the universe,” Napolitano said. “It is tremendously exciting to see many years of hard work pay off, with a result that will have strong implications for the future of neutrino physics in the U.S. and elsewhere. It is also gratifying to have worked in a truly international collaboration, including colleagues from China, Hong Kong, Taiwan, Europe, and Russia, all contributing in complementary ways.”

The results are published in the journal Physical Review Letters in a paper titled “Observation of electron-antineutrino disappearance at Daya Bay.”

Neutrinos are uncharged particles produced in nuclear reactions, such as in the sun, by cosmic rays, and in nuclear power plants. They come in three types or “flavors”—electron, muon, and tau neutrinos, as well as their corresponding antineutrinos—that morph, or oscillate, from one form to another, interacting hardly at all as they travel through space and matter, including people, buildings, and planets like Earth. The scientists have found that their hard-to-see oscillations are what make them appear to vanish.

The Daya Bay Reactor Neutrino Experiment began its quest in August 2011. The new results come from detectors located in the China Guangdong Nuclear Power Group in southern China. The detectors calculated how many antineutrinos appear to vanish (what is really oscillation) on their way between the two reactors. That number is called the “mixing angle.” Several mixing angles have been measured, but one final mixing angle, theta one-three, had never before been so definitively measured, according to the scientists. Their work helps complete the neutrino mixing angle puzzle.

Napolitano and his team were involved in the design, procurement, installation, and operation of the water purification system that feeds all three experimental halls involved in the project. The purification system eliminates contamination of the water in the system. In addition, the system also helps eliminate background signals. One large source of background signals are cosmic rays, which emanate from space and are filled with their own subatomic particles. The water purification system allows cosmic rays, which would plague the neutrino experiment if undetected, to be observed as they pass through the water. The system detects the particles within the cosmic rays by analyzing the amount of Cherenkov light they emit. Cherenkov light is emitted when charged particles move through the water in the system at great speeds. In addition, the water provides shielding from radioactivity emanating from the rock walls surrounding the experimental hall. Neutrinos hardly ever interact, and it is easy for so-called backgrounds to mimic their signal. The water system helps bring the backgrounds to a very low level, and is one of the keys to making the experiment as a whole a success, Napolitano said.

The full news release on the results can be found at http://www.interactions.org/cms/?pid=1031513.