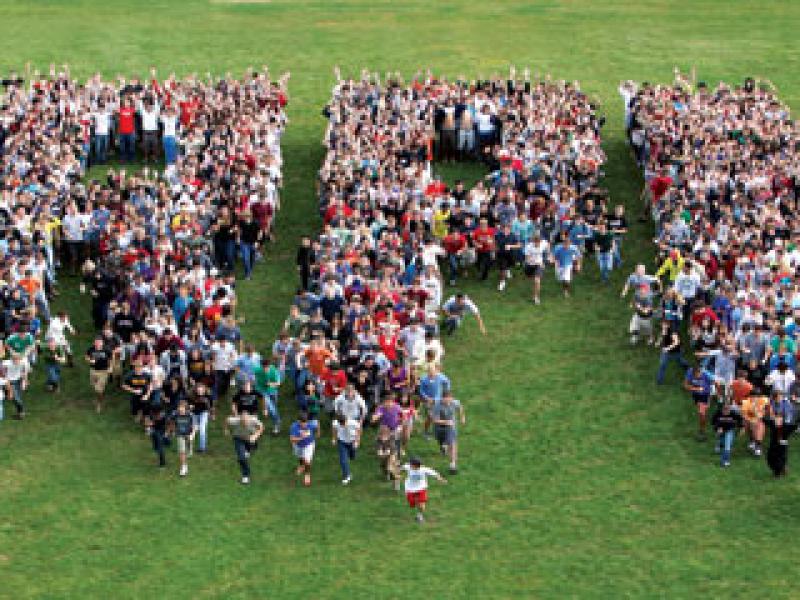 Changemakers in Class of 2021 Prepared To Make a Difference
More Than 2,100 Degrees To Be Awarded at 215th Commencement Ceremony
Rensselaer GameFest 2021 To Be Held on May 8
Co-Directors Named for Institute for Energy, the Built Environment, and Smart Systems
Rensselaer Polytechnic Institute Announces 2021 Commencement Honorands
March 26, 2012

It’s official. A record total of 15, 201 high school students have filed applications to attend Rensselaer Polytechnic Institute this fall, according to numbers released today by the Rensselaer Office of Admissions. This year’s total represents a growth of more than four percent since last year at this time, and a 172 percent increase since 2005.

“For seven consecutive years, Rensselaer has set records for freshman applications. Since 2005, applications have grown by 172 percent,” said Paul Marthers, vice president for enrollment and dean of undergraduate and graduate admissions. “It is exciting to see that our around-the-globe outreach efforts have translated into unprecedented levels of popularity among prospective students.

Marthers noted that for the second consecutive year, the average SAT critical reading and math score for the admitted group is 1400.

The 2012 applicant pool also represents a continued expansion of the national and international profile of the student body, as well as a significant increase in applications from women, underrepresented minority students, international students, and Rensselaer “legacies”— students with relatives who attended the university.

In addition, the group includes students who have been nominated for the Rensselaer Medal, a scholarship awarded to the top math and science students at almost 3,000 high schools around the world.

“Rensselaer also continues to register growing  interest  in new areas of an expanding curriculum, such as Cognitive Science, Design, Innovation, and Society, Sustainability Studies, and the new concentrations in Management, beyond the Institute’s traditional of strength in engineering, Marthers said. “Here on campus we know that Rensselaer has historically been a top producer of future leaders and innovators, so it is very encouraging to see external evidence that more and more students value the high-quality academic and co-curricular programs that we offer.”