A Walk Through the Nervous System: Artists’ View of Nerves and Spinal Cord Injury at Rensselaer Polytechnic Institute 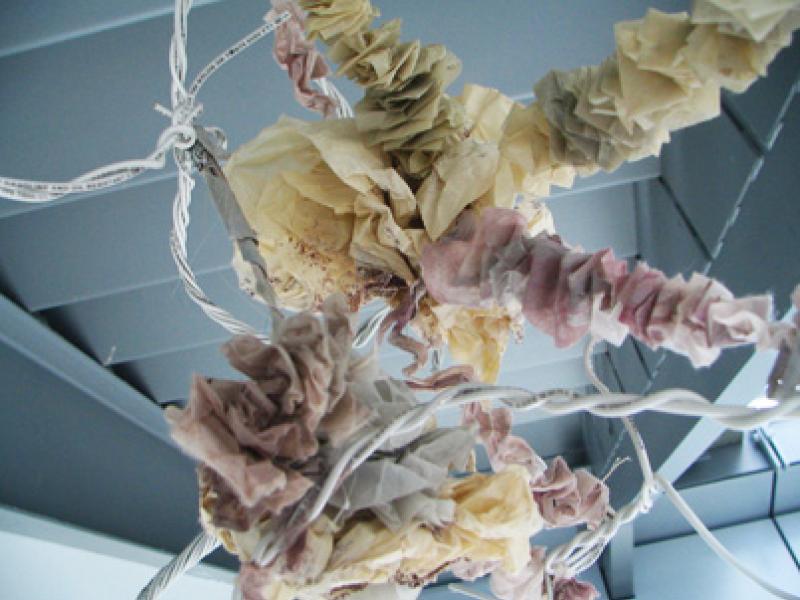 A Walk Through the Nervous System: Artists’ View of Nerves and Spinal Cord Injury at Rensselaer Polytechnic Institute

A large challenge for scientists and engineers is generating public awareness and understanding of their research. Several biomedical engineers at Rensselaer Polytechnic Institute have collaborated with artists from the College of Saint Rose and the surrounding Capital Region to bring their research on healing the nervous system to the public through art.

The first workshop exhibition of their collaboration will be open to the public on May 11, from 3:30 p.m. to 6 p.m. with guided tours occurring at 3:30 p.m. or 5 p.m. in the Center for Biotechnology and Interdisciplinary Studies at Rensselaer. Between the tours will be an exhibit symposium from 4:15 p.m. to 4:45 p.m. to discuss the future of the collaboration, which is being funded in part by the National Science Foundation.

The exhibit focuses on the research being conducted in the laboratories of two members of the Department of Biomedical Engineering at Rensselaer: Assistant Professor Guohao Dai and Assistant Professor Ryan Gilbert. The creation of the artistic works was led by Visiting Assistant Professor of Art at Saint Rose, G.E. Washington. Washington was joined in the creation of the artistic works in the exhibit by Professor Kristine Tolmie, Amy Pollicino, Juan Ramos, Jason Cosco, and Saint Rose graduate assistants Melinda Crowther and Chris Skaggs. Several Rensselaer graduate students in the Biomedical Engineering Department have assisted in communicating the science to artists and in organizing the exhibit, including Courtney Dumont, Dianna Kim, Abby Koppes, Ryan Koppes, Anna Lorenz, Chris McKay, Nick Schaub, and Scott Wentzell.

“We really want to use this collaboration as a way to interest younger students in our research and educate the public on the devastating results of spinal cord injury,” said Gilbert. “We reached out to the artists because we felt art would be a very good way to relate the complexity of the human nervous system to things people can better understand.”

On May 11, the artists and their students will be setting up three different displays for discussion. The works are focused on Gilbert and Dai’s research into stem cell technologies and the healing of spinal cord injuries. Each of the works is artistic and scientific as well as educational, according to the collaborators.

The works include a large inflatable sculpture of the ganglion knot, which is a mass of interconnected nerve cells that communicate with each other in highly complex ways within our nervous system. The large sculpture depicts the manner in which the cells of the ganglion communicate with each other. This represents a major portion of the Rensselaer researchers’ work to understand and rebuild the connections between damaged nerve cells.

A separate work represents how nerve cells respond when they are injured such as when the cells in the spinal cord are damaged in an injury. The work involves projection of light and pictures to convey the effects of injury to a damaged nerve cell. Gilbert is working in his lab to develop biomaterials that help heal spinal cord injuries.

The final piece allows visitors to walk around a human-scale and three-dimensional version of a human spinal cord cell called an astrocyte. The work is done using beautifully printed and folded reams of paper, taking the two-dimensional versions of the cells the researchers look at on microscope slides and bringing it to life for the viewer, according to Washington. The paper also serves to represent the delicacy of the nervous system.

Those planning to attend the exhibit should contact Washington directly at garnellwashinton@yahoo.com to confirm their attendance.

For more information on Dai’s research go to: http://faculty.rpi.edu/node/1116

For more information on Gilbert’s research go to: http://www.rjgilbertlab.com/

Both scientists are members of the Center for Biotechnology and Interdisciplinary Studies at Rensselaer.